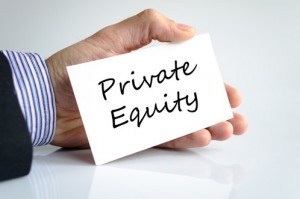 The Canadian Venture Capital & Private Equity Association (CVCA) and Thomson Reuters will publish their reports on Canadian private equity market activity from 2015 in the coming weeks. PE Hub Canada has in the meantime compiled a list of the likely top 10 (disclosed) buyout and other PE deals of the past year.

In June, U.S. private equity firm Centerbridge Partners agreed to buy KIK Custom Products, a Concord, Ontario-based manufacturer of household and personal care products, for just over $2 billion (US$1.5 billion). The seller was CI Capital Partners, which acquired the company in 2007. The sponsor-to-sponsor deal was tied up in August.

Bombardier agreed to a $2 billion (US$1.5 billion) convertible share investment in its rail arm by the Caisse de dépôt et placement du Québec in November. As a result, the Caisse will assume a 30 percent stake in the business. Earlier in 2015, the Caisse launched a platform for investing in transportation and other infrastructure assets.

Montréal-based live performance company Cirque du Soleil was acquired by a consortium led by TPG Capital in July. TPG was joined in the deal by Fosun International and the Caisse de dépôt et placement du Québec. The buyout’s financial terms were not disclosed, however, several reports estimated it at about $1.9 billion (US$1.5 billion).

Brookfield Asset Management merged two Canadian wood products companies, Ainsworth Lumber and Norbord, in April. The transaction, which de-listed Ainsworth and made it a subsidiary of Toronto-based Norbord, had a $763 million value. A deal struck in 2014 to sell Ainsworth to Louisiana-Pacific was cancelled due to regulatory issues.

Veresen Midstream, a joint venture of Veresen and Kohlberg Kravis Roberts & Co, wrapped up its buy of natural gas assets owned by Encana and Cutbank Ridge Partnership in April. The deal, announced in late 2014, had a final consideration of about $760 million. KKR committed $500 million to the operation of Veresen Midstream.

The sale of Iamgold‘s Niobic niobium mine in Québec to an investor group was announced in late 2014 and closed last January. Canadian private equity firm Magris Resources led the transaction, which was priced at about $656 million (US$530 million). Magris was joined in the acquisition by CEF Holdings and Temasek Holdings.

In January, Calgary-based coal-bed methane producer Ember Resources closed its acquisition of Encana‘s Clearwater natural gas assets in Alberta. The deal, announced in late 2014, was valued at $605 million. It was preceded by Ember’s buy of Encana’s Nevis assets. The company is backed by Brookfield Asset Management.