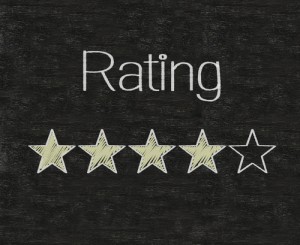 One of the fundamental principles guiding investors in private equity has been that of persistence of performance. If investors want to back a top-quartile fund, and they all do, a good starting point has been to make sure the predecessor funds were top-quartile.

Research last year by Buyouts Magazine provided a measure of support for the persistence principle. Looking at our database of 171 top-quartile domestic and international buyout and growth equity funds, vintage years 1995-2007, we found that more than a third of their successor funds (35 percent) also make it into the top quartile with their next fund, while more than a quarter (26 percent) make it into the second quartile.

Jenkinson emphasized that the results, based on data provided by Burgiss Group, and ultimately sourced from limited partners, are preliminary, and that the draft has yet to be published. Still, he was willing to speculate on why persistence of top-quartile performance may be diminishing for buyout firms over time. One reason, he said, may be the difficulty that firms have holding on to talent. Once they reach a certain point in their career, rainmakers often leave to set up shop on their own. These spin-out groups then go on to compete with their progenitors for deals, which can result in a more efficient, more mature market for deals and higher prices. Jenkinson also suggested that over time partners at successful firms may become a little less hungry, a little more risk-averse, which can lead to more modest returns.

Jenkinson, who has co-authored a number of important studies of private equity, including one last month demonstrating that private-equity firms inflate valuations of their portfolio companies during fundraises, doesn’t appear to be slowing down his pace of research. After the paper on the persistence of performance, look for a paper to follow in the next few months on the returns generated by funds of funds and secondary funds, based on a dataset of some 200-300 funds, also from the Burgiss Group. Preliminarily, Jenkinson said the numbers suggest secondary funds outperform funds of funds.

Over the years papers by Jenkinson and colleagues have included “Private Equity Performance: What Do We Know?” which finds U.S. buyout firms have beaten public equity returns over the long haul; “Who Benefits From the Leverage in LBOs?” which finds that the tax saving associated with leverage largely benefits selling shareholders in take-private deals; and “Borrow Cheap, Buy High? The Determinants of Leverage and Pricing in Buyouts,” which finds that cheap credit leads to higher prices and lower returns on buyout deals.

(Correction: The vintage years of the Buyouts database used to determine top-quartile persistence runs from 1995 to 2007. The original version of this story incorrectly stated the range as 1997-2007. Also, the creation of spin-out groups can result in more efficient markets, not less efficient markets for deals.)