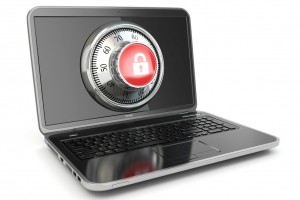 Overall venture dollars committed to security startups dipped slightly last year, but still broke the $1 billion mark, according to data from Thomson Reuters (publisher of VCJ and peHUB). So far in 2013, more than $400 million has been put to work in U.S.-based security companies, suggesting this year’s total could exceed last year’s and become the largest of the past decade, if the remaining three quarters play out as the first has.

There is no secret why. “Security continues to be a top priority for IT customers,” said Asheem Chandna, a partner at Greylock Partners and an investor in Palo Alto Networks and Imperva. “The nature of the threats continues to escalate.”

Perhaps the biggest surprise of the past 12 months is exactly who is dispersing money. Long time security investors Greylock, Kleiner Perkins Caufield & Byers, Allegis Capital, Trident Capital and Norwest Venture Partners are active. But so too are Andreessen Horowitz, Accel Partners and General Catalyst Partners, according to Thomson Reuters.

This is largely due to the fervor in the space, where $1.03 billion was invested last year, down from $1.12 billion in 2012. As security investing has come back in vogue, big deals are being done with larger rounds and valuations in some cases double what they were five years ago.

At the top of the list of firms handing out money is Andreessen Horowitz, which invested more than $60 million, including in big-money deals with Lookout, Illumio and Bromium. LLR Partners is second by virtue of its $50 million investment in security consultancy Cigital. Number three on the list, Accel, participated in the Lookout deal, as well as backing AirWatch and MobileSpaces.

This story first appeared in Reuters Venture Capital Journal. Subscribers can read the original story here, which includes tables on the top security investors of the past 12 months and the top deals from the same period. To subscribe to VCJ, please email Greg.Winterton@ThomsonReuters.com.