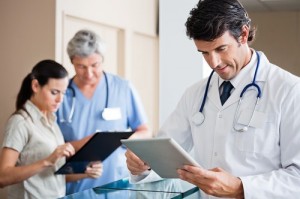 Enterprise mobile healthcare platform Diversinet Corp. (TSX Venture: DIV, OTCQB: DVNTF) has agreed to sell all of its intellectual property, software, customer contracts and other assets to IMS Health Inc. for US$3.5 million. Shareholders in the Toronto-based company will be asked to approve the deal at a meeting scheduled in September. IMS Health, a Danbury, Conn.-based provider of healthcare information, services and technology, was in 2010 acquired for US$5.9 billion by TPG Capital, Canada Pension Plan Investment Board and Leonard Green & Partners.

Under the Agreement, IMS Health has agreed to purchase substantially all of the intellectual property, software, customer contracts and certain other assets of Diversinet for $3,500,000. An amount equal to one-half of the sale proceeds will be deposited with an independent escrow agent to be available to satisfy indemnity claims by IMS Health, if any, made prior to the proposed winding-up described below. Certain employees of Diversinet have been offered employment by IMS Health, subject to closing of the transaction contemplated by the Agreement. The closing is subject to customary conditions precedent at closing, including Diversinet shareholder approval. Shareholders will be asked to approve the transaction at the annual and special meeting of shareholders (“AGM”), scheduled for September 11, 2013. Holders of an aggregate of appropriately 38% of the outstanding common shares of Diversinet, including shareholders who are Directors and their respective affiliated companies, have agreed with IMS Health to vote in favour of the transaction.

Under the Agreement, IMS Health is entitled to a break fee in certain circumstances, including a $750,000 payment upon the acceptance by Diversinet of an unsolicited superior proposal from a third party. IMS Health has also been granted other typical deal protection provisions including a right to match any superior proposal that is received by Diversinet on an unsolicited basis.

Furthermore, the Board will be proposing the voluntary winding up of the Company pursuant to the Business Corporations Act (Ontario). This will involve the appointment of a liquidator to discontinue the business of the Company and to satisfy all claims and obligations and to distribute to shareholders, on a pro rata basis, the remaining funds and assets of the Company. At the AGM, shareholders will be asked to approve a Plan of Liquidation and Distribution to take all necessary steps to effect the voluntary winding up of the Company. A one time distribution to shareholders is not expected before early 2014. While there is no guarantee as to the amount of the shareholder distribution, Diversinet currently expects to distribute a per share amount in the range of $0.05 to $0.065 based on recent estimates of anticipated claims and obligations to be settled.

The Company is also delisting its common shares from the TSX Venture Exchange effective August 13, 2013. Trading of the Company’s common shares will continue for a transitional period prior to the wind up, which is expected to start on or about September 16, 2013, on the OTCQB under the trading symbol DVNTF.

The Private Securities Litigation Reform Act of 1995 and Canadian securities laws provide a “safe harbour” for forward-looking statements. Certain information included in this press release (as well as information included in oral statements or other written statements made or to be made by the company) contains statements that are forward-looking, such as statements relating to the closing of the proposed transaction, costs of the proposed transaction ,the voluntary winding up of the Company and the anticipated distribution of proceeds to shareholders. Such forward-looking information involves important risks and uncertainties, including the uncertainty of receipt of the required regulatory and shareholder approvals, that could significantly affect anticipated results in the future and, accordingly, such results may differ materially from those expressed in any forward-looking statements made by or on behalf of the company. There can be no assurance that the proposed transaction or voluntary winding up of the company will occur or that it will occur on the timetable described or on the terms and conditions contemplated in this news release or that the amount of the distribution to shareholders will be as anticipated. The amount of the proposed distribution to shareholders is based on an assumption that the amount of obligations of the Company will not exceed the amount currently estimated by the Company. For a description of additional risks and uncertainties, please refer to the company’s filings with the Securities and Exchange Commission available at www.sec.gov and Canadian securities regulatory authorities available at www.sedar.com.

The TSX Venture Exchange has not reviewed and does not accept responsibility for the adequacy or accuracy of this release.