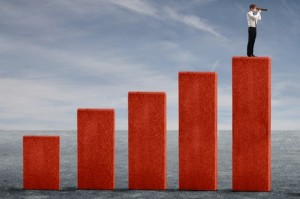 The expression “if it’s not broke, don’t fix it” might well apply to Canadian buyout firm TorQuest Partners.

This week the Toronto-based TorQuest announced the final close of its third partnership, TorQuest Partners Fund III, at $535 million – one of the largest Canadian private equity funds raised in recent years. For the firm’s senior partners this outcome reflects more than sheer perseverance in a brutal fund-raising climate. It’s also a strong vote of confidence by LPs in the investment strategy pursued for over two decades.

“We have over the years developed a defined strategy and a widely-recognized brand,” said Brent Belzberg, founder and senior managing partner of TorQuest in an interview with peHUB Canada.”

This conviction guided the launch of Fund III in late 2011, and the firm’s determination to keep its size and mandate in line with TorQuest’s tried-and-true focus on mid-market PE opportunities in Canada and the U.S. 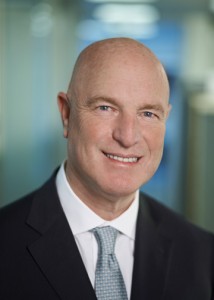 “LPs don’t like a lot of change – especially in the current environment,” said Belzberg. “They instead appreciate a consistent approach from their fund partners. We have been, and continue to be, in exactly the right place in the market, and I believe that accounts for TorQuest’s success with our LPs.”

TorQuest’s latest fund will target control-stake investments ranging from $15 million to over $100 million, with enterprise values of between $40 million and $250 million. It will invest primarily in Canada, but will also pursue opportunities elsewhere, especially in sectors where TorQuest has established a track record, such as consumer products, financial services, industrial services and specialty chemicals.

TorQuest managing partner Eric Berke said the firm has gained traction with LPs precisely because of its emphasis on Canadian deal flow.

“We have a strategic advantage at home because TorQuest knows the full universe of businesses, business leaders, financial players and investors in key sectors of the domestic economy,” he said.

This has given the firm an ability to source quality deals through a variety of proprietary networks, and frequently via inbounds.

“There’s not much going on that we don’t know about,” he said.

“In a fiercely competitive North American PE market, TorQuest has differentiated itself,” said Berke. “This appeals to LPs, who are increasingly looking for specialization from their fund partners – by geography, by market segment, by sector.”

LPs signed up to Fund III because it offers these things, he said. 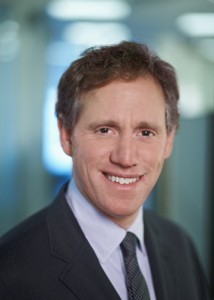 The new fund will undertake a diverse number of transaction types, including growth investments, public-to-privates, recaps and successions. It will also place a premium on corporate carve-outs, an area in which TorQuest’s investment pros have developed considerable experience and expertise, according to Belzberg and Berke.

TorQuest’s special knack for carve-outs was seen in its 2010 buy of Pinova, the former rosins and resins unit of U.S. chemical manufacturer Ashland, for US$75 million. TorQuest’s investment thesis included using the new company as a platform for acquisitions of complementary specialty chemical businesses. Within a year, Pinova was engaged in a second carve-out of LyondellBasell Flavors and Fragrances, now called Renessenz. Belzberg and Berke said this deal proved transformative for the Brunswick, Georgia-based Pinova, more than doubling the scale of the business, and broadening its product and end-market reach.

TorQuest also prefers deals in which partnerships with founders are the pivot. This was the case in the firm’s most recent platform investment – its 2012 buy of Toronto-based retail merchandising provider Array Marketing from U.S. private equity firm Brentwood Associates. When the company’s auction didn’t work out, TorQuest put together a MBO with Array’s founder John Fielding. In large part due to the PE firm’s close working relationships with Fielding and current president and CEO Tom Hendren, Belzberg said Array has “exceeded all of our expectations, and its original budget.”

TorQuest’s story is rooted in Belzberg’s career as a merchant banker, and especially his time at Harrowston, a publicly-traded acquisition vehicle he founded in 1992. Harrowston was sold in 2001 to TD Capital Canadian Private Equity Partners, the forerunner to Birch Hill Equity Partners, delivering a compound internal rate of return (IRR) of 48% on realized investments. Birch’s founding partner Steve Dent around this time called Belzberg an “impressive” value creator and “one of the best deal-flow generators in the PE business.”

Several months later, Belzberg launched TorQuest. After securing the firm’s first capital commitment, he sought out a partnership with Berke, who was responsible for the turnaround and 2002 sale of paper and laundry products manufacturer Gustin Kramer. In the subsequent 11 years, the pair have led TorQuest with “never a bad word,” said Belzberg.

The activity of principals at Harrowston-TorQuest has to date accounted for a total of 26 platform investments, as well as 42 add-ons. Realizations total 18, and include the entire portfolio of TorQuest Partners Fund I, which generated a 62% IRR and 2.9x multiple of invested capital. One of Fund I’s companies, Mississauga-based Associated Brands, a manufacturer of dry blend food and household products, was taken private in 2007 by TorQuest’s second partnership, and last month agreed to be sold to TreeHouse Foods for $187 million.

With Fund III wrapped up, what’s next for TorQuest? Belzberg and Berke said they are currently working on some “exclusive” investment opportunities and a couple of exits, and expect to be making announcements in the coming months.

“We’ve never been busier,” said Berke. The firm is also in the process of expanding its current team of 15 investment pros.

Torys LLP is representing TorQuest in the pending acquisition of Associated Brands. The transaction is expected to close in the third quarter of 2013.