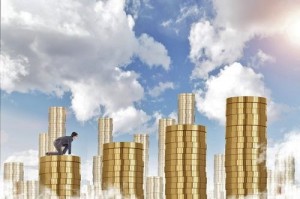 In a PE Hub Canada exclusive, Torys is sharing report findings with readers in several instalments. In our third instalment, Jonathan Wiener and I discuss trends in private equity leverage terms. We consider some of the current differences in debt financing practices between Canada and the United States, and discuss what these differences mean for American PE firms that plan to increase their deal-making north of the border in the near future.

In 2015, foreign investors (largely U.S.-based), accounted for nearly half of private equity investment activity in Canada, and favourable market conditions are expected to draw more U.S. investment to Canada in the year ahead.

U.S.-based sponsors investing in Canada may bring their American debt financing sources north with them (which will come with potential hurdles) or rely on Canadian bank financing. To the extent they use domestic lenders, U.S. sponsors may need to adjust their expectations as to “what’s market” in private equity debt terms in Canada.

(For additional information about Canada-U.S. leverage levels, see Torys’ note at the end of this article.)

Leveraged loans traditionally contain financial maintenance and restrictive covenants to protect lenders from the risk that comes with higher-leverage multiples. In the large American market, “covenant lite loans”, or loans without any financial maintenance covenants, have become common, initially in larger deals but increasingly in mid-market deals as well.

By eliminating the risk of a default due solely to declining revenue, these loans give sponsors greater flexibility. While borrowers are still subject to negative covenant restrictions (such as those restricting debt incurrence, liens, asset sales and investments) in covenant lite loans, a portfolio company can only breach these by actively engaging in a prohibited transaction.

In contrast with the United States, covenant lite loans are not yet available in Canada. The combination of the Canadian loan market’s small size, the nature of risk assessment, and the more conservative nature of domestic banks, tends to limit the potential for covenant lite loans to be an option for leveraged borrowers here in the near term.

U.S. equity cures, which allow the sponsor to contribute additional equity (treated as EBITDA) to the portfolio company borrower in order to comply with financial maintenance covenants, are generally subject to limits. These include limits on the number of cures over the loan term (and for consecutive fiscal quarters in mid-market loans), dollar caps, and requirements that the equity proceeds be applied to prepay loans.

While not yet entirely accepted in the syndicated Canadian loan market, equity cure provisions are seeing more use in private equity deal financings involving banks, with similar restrictions to those found in the American mid-market.

In Canada, whether the leverage ratio will be calculated net of cash on hand is still a matter of negotiation, though we are seeing this more frequently in PE-sponsored deals. 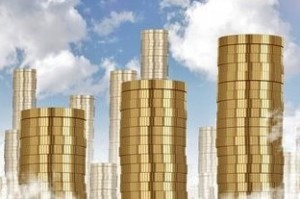 If the EBITDA of a U.S.-based borrower increases, the size of the available incremental facility will also increase. Similarly, if EBITDA is constant and debt is repaid over time, sponsors have flexibility to lever a portfolio company back up to closing levels. Such additional debt capacity has often been used south of the border to pay sponsors dividends.

In Canada, an incremental facility will most often have a fixed maximum amount. Canadian banks generally look for a borrower to de-lever over time. To the extent that EBITDA increases or debt is repaid, banks will as a result want the benefit of a stronger borrower and a lower risk profile rather than allow the borrower to increase leverage back up to closing levels.

At the time of the 2008 financial crisis, many American loans traded well below par, and borrowers and PE sponsors sought to purchase their debt at a discount.

It has become relatively common in the United States to permit a borrower and its affiliates to offer to repurchase loans as long as the offers are made pro rata to all lenders and there is no requirement for any lender to sell. Loans purchased by a borrower must be cancelled upon purchase, whereas loans purchased by an affiliate of the borrower are not cancelled. In such cases, the affiliate will be the lender going forward, subject to limitations on voting rights.

Loan buyback provisions are not common in the Canadian market. Given the small size of the domestic secondary market, they are also unlikely to have the same benefit to borrowers in Canada as in the United States.

Why have loan practices common in the United States had limited success in Canada? One obvious answer is simply that the American loan market is much larger. As more lenders compete for attractive deals south of the border, sponsors are able to negotiate more favourable terms than in Canada’s smaller market.

In the United States, much of the debt used to finance private equity deals comes from institutional lenders rather than the bank market. Non-bank lenders have become the primary debt funding source for U.S. mid-market leveraged buyouts and are increasingly active on larger American deals as well.

Even when a traditional U.S.-based bank structures and underwrites a deal, it will typically seek to sell most if not all of its term loans to institutional investors. The focus of the underwriting bank is on the protections required to sell the loan in the current market. This contrasts with the longer-term credit view taken by Canadian banks.

One practical hurdle has been the need to develop an FX hedging strategy since a Canadian borrower’s revenue will be in Canadian dollars, while its debt service will be due in U.S. dollars. These hedges can be costly and are generally only provided by traditional banks and affiliates, limiting the involvement from some of the more attractive U.S. non-bank funding sources.

However, these practical hurdles may be overcome.

For example, Torys recently acted for a Canadian borrower in a Canadian dollar loan from a U.S. debt fund lender with U.S.-style loan documentation. If more American institutional lenders opt to lend in Canadian dollars in the future, this may create additional options for domestic borrowers. Otherwise, we expect that core differences between markets will largely require U.S. sponsors to continue to adapt to Canadian debt terms in 2016, at least when borrowing from Canadian banks.

Note: According to S&P Capital IQ’s LCD, the average leverage ratio for a U.S. leveraged buyout in 2015 (for companies with greater than US$50 million of EBITDA) was 5.7x. Not only are leverage ratios for Canadian LBOs significantly lower than in the United States, but Canadian banks have also generally structured excess cash flow sweeps and restrictions on incurring additional debt to require further de-levering.

Amanda Balasubramanian is a partner in Torys’ Debt Finance and Lending practice. She is based in Toronto. Jonathan Wiener is a New York-based partner who works with the firm’s M&A and private equity groups on acquisition financings.