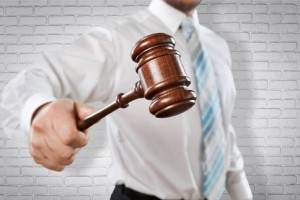 In a PE Hub Canada exclusive, Torys is sharing report analysis with readers in several instalments. In our second instalment, Matthew Cockburn, Laurie Duke and I discuss the trend of sellers increasingly attempting company sales in private auctions according to terms more characteristic of public M&A deal making. We consider the factors driving this approach and some of the related pitfalls.

This current seller’s market is causing some sellers in private auctions to attempt the sale of their business in “public-company style”—that is, without offering buyers a post-closing indemnity for representation and warranty (R&W) breaches.

This approach has been pursued especially in dual-track processes where the target has been preparing for an IPO in parallel to an auction. For buyers, an important question will be: is R&W insurance an adequate indemnity substitute? 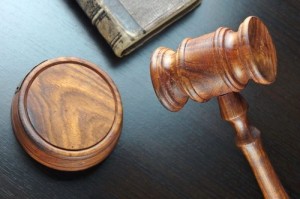 Unlike traditional private-company acquisitions, public M&A deals lack purchase price adjustment and indemnity provisions, as it is considered almost impossible to claw back deal proceeds from a large group of shareholders once an acquisition has closed.

However, in today’s frothy seller’s market, some sellers of private companies are taking a page from the handbook of public M&A deal making, attempting to sell their privately-held companies “public-company style”—that is, without offering a post-closing indemnity.

This phenomenon first started to appear in particularly hot auctions, especially those conducted in parallel with the target prepping for an IPO. Those “dual-track” processes give sellers an upper hand in insisting on no-indemnity deals as they can argue that the alternative to a private sale—the IPO route—allows them to eschew any post-closing indemnification obligations.

As the sell-side cycle continues, the “public-company style” phenomenon is increasing in frequency, including, on occasion, outside of the auction context.

The leverage (or perceived leverage) sellers have in many recent private-company deals is only one explanation for this trend. The other is the advent and increasingly widespread use of R&W insurance.

Buyers, the sell-side theory goes, can acquire their own bespoke indemnity package from an outside party—the insurer—and, in so doing, no longer need to depend on the seller offering an indemnity. At times, buyers have gone behind the scenes to obtain R&W insurance on their own in an effort to gain a competing edge in a hot auction.

While some private-company auctions have featured a public-company style auction draft of the acquisition agreement, the overall number of private-company acquisitions completed without at least some form of post-closing recourse to the seller or a seller escrow still remains small.

Indeed, buyers are advised to remain very cautious about the use of this approach.

Evidently, doing deals without any indemnity protection carries significant risks from a buyer’s perspective. Even where a buyer’s due diligence review suggests that a target is “squeaky clean,” buyers (and in particular, public-company buyers required to disclose the acquisition agreement) may want to consider carefully whether they wish to set such a precedent.

Buyers should also be aware that R&W insurance is not a perfect substitute for a seller indemnity.

R&W insurance usually comes with a higher retention (or deductible) than a seller would typically require in the context of an indemnity. It is because of this that many deals in which buyers rely on R&W insurance also introduce indemnification provisions and a small seller escrow.

R&W insurance policies also carve out certain matters from the scope of coverage. A universally applicable exclusion relates to matters known to the buyer’s deal team at the inception of the policy—meaning that in private-company deals with known post-closing exposures, a seller indemnity is the only viable option for a buyer wanting to protect against these exposures.

Purchasing insurance in an amount up to the full purchase price is also often prohibitively expensive, meaning that insurance is unlikely to replicate the protection a buyer would enjoy in respect of fundamental representations under a private M&A purchase agreement.

Additionally, the jury is still out as to whether R&W insurance policies reliably pay out on claims. While insurers face an increasingly crowded marketplace, and thus have an incentive to behave in a competitive manner, the number of litigated claims under these policies is still too small to yield reliable data on payouts.

Wherever possible, sellers will continue to use their leverage to extract the best deal terms. The current market environment has made it possible for some sellers to insist on doing deals public-company style. We expect this trend will continue in 2016. However, buyers should remain cautious about if, and how, they embrace the trend.

Stefan Stauder is a partner at Torys with a broad transactional practice that includes M&A and private equity. Other contributors to this article included Matthew Cockburn, a member of the firm’s Executive Committee who practises corporate and securities law, and Laurie Duke, a partner focused on corporate law, with an emphasis on private equity and M&A.

Photo of auctioneer courtesy of Shutterstock