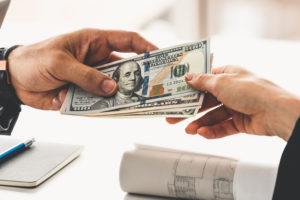 The one that got away: A potentially massive buyout deal involving Japanese multinational conglomerate Toshiba Corp isn’t going to happen, sources told Reuters this week. The company walked away from offers made by private equity firms “at a substantial premium.”

Toshiba also walked away from advanced talks for a minority investment from Brookfield Asset Management, the report said.

The handful of PE firms that were talking with Toshiba about a potential take-private acquisition include KKR and Bain Capital. A prior story also identified Blackstone as a suitor.

Earlier this year, Bloomberg reported CVC Capital Partners made a bid that valued the conglomerate at more than $20 billion. That bid, dismissed by Toshiba, approaches the roughly $23 billion deal value attributed to one of the PE firms cited in the Reuters story.

The decision to not pursue either a buyout or a minority stake sale, and instead focus on a plan to split itself in three, has widened the gulf between Toshiba and its hedge fund investors, Reuters reported. Under this plan, three new businesses would emerge focusing on devices, infrastructure and semiconductor memory, Nikkei reported.

Some investors take issue with Toshiba’s argument that a three-way split would create greater value than a PE deal, given the company never formally solicited buyout offers, Reuters reported. As such, some question the transparency of the ongoing strategic review. Read it here on PE Hub.

The strategy is embodied in Georgian Alignment Fund II, an offering targeted to raise $1.5 billion, according to a report from MassPRIM.

Fund II, sources said, is intended to build on the $1.1 billion GP-led deal, closed in March, which moved four portfolio companies out of older Georgian funds and into a continuation vehicle. That process allowed LPs to cash out of their interests in the assets, or roll their stakes into the continuation vehicle, now dubbed Georgian Alignment Fund I.

Fund II, however, will not operate like Fund I, sources said. While it has the same goal of creating more time and money to back especially high-growth software companies, the blind-pool strategy is a new strategy that may take different approaches to different assets. The portfolio companies of interest have also not yet been identified, sources said.

It is possible that Georgian will emulate the alternative long-hold models deployed by its peers in the tech investor community. They include TA Associates, which this year closed TA Select Opportunities Fund II at $1.5 billion to invest in portfolio companies being sold by its flagship fund.

Georgian launched the blind-pool vehicle in tandem with a sixth flagship offering. Georgian Growth Fund VI is seeking $1.3 billion, the MassPRIM report said. If the target is met, the fund would be the largest yet raised by the Toronto tech growth equity firm.