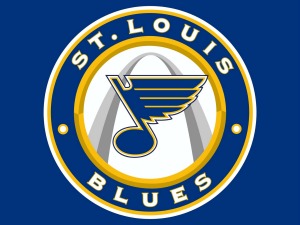 Just four years after raising a mega-sized $2.8 billion third fund, TowerBrook Capital Partners is working on Fund IV, with a goal of closing a fund of up to $3 billion, according to two sources.

The private equity firm has not yet set a specific schedule for the fundraising. The transatlantic PE firm is trying to buck a pair of trends, by defying the difficulties many US mid-market firms have experienced trying to secure LPs, and also by simultaneously charting a course into Europe at a time when its economic future remains very much in flux.

TowerBrook—which has had a history of making consumer space deals—among other investments, will in part focus on making healthcare transactions and energy plays with the new pool. TowerBrook’s largest competitors—that is, the TPGs and KKRs of the world—have increasingly made big natural gas bets, and private equity pros still believe the industry is ripe for investment.

TowerBrook has still been deploying capital—although its most recent fund is more than half invested. Earlier this year, it bought AAC Capital UK’s ventilation asset Volution Group Limited and, last week, the LBO shop struck a pair of deals to put together a finishing business for metals and other components.

According to TowerBrook’s site, the PE firm closed its $2.8 billion fund in November 2008 and, prior to that, a $1.3 billion fund. According to CalPERS figures, that fund’s vintage year is 2005.

TowerBrook has a habit of avoiding auctions and taking long layoffs between deals—which, apparently, has helped. Across 2010, the firm didn’t participate in any major transactions, and it shifts its weight between its US and UK offices in accordance with each region’s deal environment. Still, it has put about half of its 2008 $2.8 billion fund to use, peHUB was told by a source.

You can register for daily news and scoops all week long at the peHUB Wire. Follow Jonathan Marino on Twitter here.