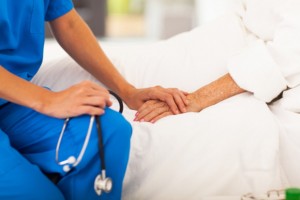 Private equity firms TPG Capital and Carlyle Group are planning to raise about A$2.5 billion ($2.4 billion) in an initial public offering of shares in Healthscope Ltd, Australia’s second-biggest private hospitals operator, a source with direct knowledge of the plan told Reuters.

Amid a banner year for Australian IPOs, Healthscope’s owners are on a roadshow in Asia, lining up cornerstone investors before filing the IPO prospectus by end-June or early July, the person said.

A $2.4 billion listing for Healthscope would be the country’s third-biggest ever. It would be the largest since rail freight company QR National Ltd, now known as Aurizon Holdings Ltd, raised $4.4 billion in 2010, according to Thomson Reuters data.

Healthscope’s private equity owners have explored three options as they looked to cash in on strong demand for quality healthcare assets, according to the person familiar with the IPO plan: a listing, a sale to a trade buyer, or a spin-off of property assets via a trust.

But with the revival in Australia’s IPO market, Healthscope’s owners are now in favour of a listing. A final decision to formally trigger the share sale process has yet to be made, said the source.

Healthscope has an equity value of about A$4 billion and including debt, it will have a valuation of between A$4.5 billion and A$5 billion, the person said. The source declined to be identified as the details of the plans were not public.

The two firms acquired Healthscope for A$1.99 billion in 2010 and each owns 50 percent of the company. Healthscope, which owns 44 private hospitals in Australia, reported A$328 million in operating earnings before finance costs, income tax, depreciation and amortisation for the year ended June 2013.