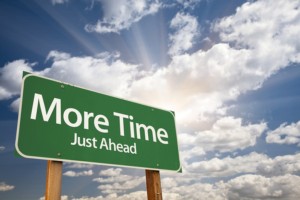 TPG Capital became the latest firm to secure an extension for its buyout fund.

The buyout shop founded by David Bonderman and James Coulter asked investors last month to extend the life of its last PE fund, Reuters reported. TPG Partners VI LP collected $19 billion in 2008 and reportedly has $3 billion left to invest. TPG VI is generating a 5.22% IRR since inception as of Sept. 30, according to CalSTRS.

TPG asked investors to extend the investment period by 12 months to February 2015. Fund IV’s LPs have agreed to the extension, Reuters reported.

TPG isn’t the only PE firm that needs more time. Thomas H. Lee also received an extension for its last fund, peHUB has reported. THL closed its sixth pool at $8.1 billion, plus another $2 billion for co-investment vehicles, in 2007. THL now has until mid-2014 to invest Fund VI, peHUB has reported. Thomas H. Lee Equity Partners VI L.P. is generating a 3.2% net IRR as of Dec. 31, according to CalPERS.

Irving Place Capital, the former Bear Stearns Merchant Banking, has received two extensions for its current fund. Irving Place Capital Partners III LP collected $2.7 billion in 2006 and has about 25% left to invest, peHUB has reported. The fund is generating a 1.69% IRR since inception, CalSTRS says.

Investment period extensions aren’t new. Private equity firms across the world are sitting on a record level, about $145 billion, of uninvested capital that is set to expire this year. Many large pools raised prior to the financial crisis are nearing the end of their 5-year investment periods, one placement agent says. “Most of the funds raised at the market peak have either gone through the extension process or have raised (or are raising) a follow-on fund,” the source says.

Some say PE firms need more time because many stopped doing deals during the financial crisis. However, one PE exec says these firms may have just done a poor job managing their business within the permitted term. Also, some of the larger buyout shops raised “much more money than they could reasonably deploy except in a crazy market like 2007 and now it shows,” the source says.

But one LP countered that investors should support extensions so GPs “don’t feel the pressure of deploying capital willy nilly.”