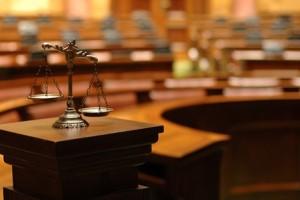 Cami, 47, will seek employment elsewhere, but the firm didn’t disclose a timetable. He’ll remain at TPG as its top in-house lawyer to assist the firm with the transition.

A TPG spokesman confirmed Cami is departing after about five years at the firm, and referred Buyouts to Cami’s emailed statement to The Wall Street Journal.

“It’s been an incredible opportunity to serve as the general counsel for TPG,” Cami told the newspaper on April 20. “I am proud to have been part of such a great organization during this time when much has been accomplished. I made the decision that I wanted to pursue new opportunities that I’ve been approached about and I am looking forward to new challenges.”

TPG drew in about $6.5 billion in commitments for TPG Partners VII as of earlier this year. Fund VII is the first flagship fund from TPG since its vintage 2008 pool tipped the scales at about $20 billion. TPG Partners VI earned an IRR of 11 percent and a return multiple of 1.4x as of Sept. 30, according to the California Public Employees’ Retirement System.

Cami’s departure is at least the third major personnel change at TPG this year, after the firm hired public relations expert Adam Mendelsohn as managing director and head of external affairs.

TPG is suing its former communications chief, Adam Levine, for allegedly taking confidential documents. Levine has disputed the allegations and said he was dismissed because he alerted management of non-compliance issues related to fees and expenses. Levine has filed a whistleblower lawsuit against his former employer.

In other personnel news, TPG named Todd Sisitsky as managing partner of TPG Capital North America, Reuters reported on April 17. Sisitsky continues to lead the firm’s healthcare investing globally, according to the report.