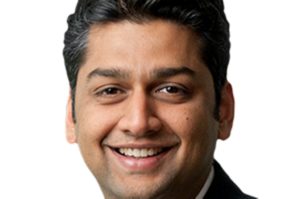 Involved in more than $3 billion worth of US healthcare dealmaking since 2019, TPG intends to become a larger participant in the European market after recruiting a seasoned investor from Carlyle Group.

Karthic Jayaraman, who virtually on-boarded at TPG as a partner out of London last week, characterized the firm’s approach to European healthcare investing as an extension of its North America efforts.

“Europe is facing a lot of the same challenges that the US is: escalating costs, aging demographics, maybe a little more of aging demographics,” said Jayaraman, who will oversee European healthcare investing as co-head of the platform’s practice alongside Todd Sisitsky, Jeff Rhodes and John Schilling.

Jayaraman joins TPG after 20-plus years at Carlyle, most recently managing director and co-head of Carlyle Global Partners. He relocated to London from New York in 2010 to lead the firm’s healthcare investing efforts.

TPG’s healthcare team is keeping a close eye on disruptions and bottlenecks across the healthcare ecosystem. But it has no plans to sit on the sidelines during the downturn.

“What this crisis has shown us is: there are some significant challenges in the healthcare infrastructure that most governments and most societies are dealing with, and therefore, we’re going to rethink some priorities and how we go forward,” said Jayaraman. “That reexamination may create a more fertile investing environment as a direct consequence.”

“We’re recognizing how dependent we are on the availability of hospital capacity, the ability to react to a pandemic of scale that frankly no one saw coming,” he continued.

TPG in the middle of covid-19 has already shown its conviction to write large equity checks for assets it believes. The firm in April clinched a $1.2 billion equity backstopped deal for LifeStance Health, PE Hub wrote.

Lifestance, a provider of behavioral health services, is an example of investing behind growth areas coming out of the crisis. With job loss and life loss poised to have lasting effects, providers of mental health services are viewed as longer-term beneficiaries of the covid-19 crisis. The remote environment has also cast a light on the value of telehealth – and behavioral health is considered a particularly applicable area for these services.

One silver lining of the crisis, said Jayaraman: “It may accelerate the need to apply innovation to new models of care with a little more urgent needs amid shortcomings in the last few months.”

Be it provider services, emerging technology or medtech and pharma services, Jayaraman said that, consistent with the healthcare platform’s North America efforts, he will focus on “finding European gems that are delivering differentiated clinical outcomes and lowering the overall cost to the system.”

The nuance with investing throughout Europe, said Jayaraman, are the disparate geographies.

“It’s not one monolithic market called Europe. There’s an Italian market, there’s a British market, [etcetera]. Some [companies or sectors] cross borders; Some do not.”

That said, Jayaraman over the last decade has observed increasing consolidation across the European healthcare market. It’s no longer just the one-off deal here or there, he said.

“[European] management teams are becoming increasingly more sophisticated in choosing their private equity partner and are looking more to grow beyond their [existing] markets [and across European borders].”

That seemingly lends to even greater white space in terms of buy, build and scale strategies.

“Local champions are now taking a much bigger role in the international healthcare market,” said Jayaraman. “That is slightly different from the US, where a lot of consolidation has already taken place. We’re trying to be part of that solution as the industry matures.”

TPG in 2019 was a particularly active investor across a variety of US healthcare assets.

TPG invested in Kelsey-Seybold Clinic, an integrated healthcare organization – which sources anticipated would command a more than $1 billion enterprise value. It also snapped up Convey Health from New Mountain Capital in a deal valuing the healthcare payer services company at around $750 million, PE Hub wrote.

It contributed to a $235 million funding in AskBio, a gene-therapy company; and launched Kadiant, a provider of autism-treatment services, committing $300 million of equity to the new platform.

Now a few months into the pandemic, the pipeline is not what it was three to six months ago, but that will change, said the TPG partner.

“It doesn’t mean it doesn’t exist today. It’s just smaller than it was. Things we were anticipating coming into the market are delayed a bit, and we can’t just sit around waiting for a recovery.”

TPG has a flexible mandate, with its healthcare team investing out of both TPG VIII and TPG Healthcare Partners, a first-time, sector dedicated vehicle. The funds closed at a combined $14.2 billion in October, with the latter collecting $2.7 billion.

In terms of deal structures, Europe for a number of reasons hasn’t seen the same level of PIPE activity, Jayaraman said.

“But having said that,” the investor said, “there are one or two situations where we’re evaluating companies looking to strengthen their balance sheet or to support them with strategic opportunities.”