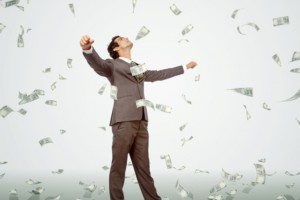 Much attention (at least here in this forum) has been focused on TPG’s impending travails when it launches its seventh flagship vehicle later this year or in early 2015.

While that will be a situation to watch, TPG has another strategy that has been out raising capital with much less drama.

Well, that was quick: Fund III is pretty much done fundraising, having basically hit its cap at $3.2 billion, three people with knowledge of the situation told me. Fund III is expected to include a $90 million GP commitment, according to documents from the Pennsylvania Public School Employees’ Retirement System. The fund had so much demand, most LPs could only get half of what they wanted to commit, one LP source said.

Fund III is not yet officially closed, as it is waiting on some last minute commitments to come through, one of the people said. The vehicle could officially close this month, the person said.

TPG also is raising a sidecar vehicle called Adjacent Opportunities for a small group of LPs targeting up to $2 billion for co-investments and other opportunities that don’t quite fit the mandate of the other vehicles within the special situations group, according to documents from the Oregon Public Employees Retirement System, which committed to the vehicle earlier this year.

The TOP team focuses on three target areas: corporate distressed-for-control, asset special situations such as non-performing loans and corporate dislocations, according to the Pennsylvania documents. The fund targets investments between $25 million and $200 million.

Opportunities Partners was formed in 2009 when Waxman joined the firm. He had worked as co-head of Goldman Sachs Americas Special Situations Group. He spent a few years investing into the strategy from TPG’s Fund VI, and then eventually launched the group’s first fund, which the firm called Fund II. The second fund closed on $2.1 billion in 2012, peHUB previously reported. That fund was generating a 1.1 percent total value multiple and an 18.10 percent net internal rate of return, according to performance data as of Sept. 30, 2013, from the Washington State Investment Board.