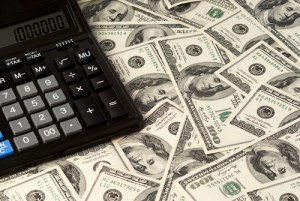 TPG Capital LP drew in $6.5 billion in commitments for its first close on TPG Partners VII, its newest flagship fund that offered discounts on management fees for early investors, according to a person familiar with the firm.

Market sources told Buyouts last month TPG would raise at least $5 billion for the fund, but the firm founded by David Bonderman and James Coulter held a first close of about $1.5 billion ahead of that estimate.

The firm is now about 65 percent toward its hard cap of $10 billion for Fund VII.

All told, TPG has raised $14 billion for various funds and strategies in the past year, according to a source.

The $6.5 billion first close for TPG Partners VII includes $2 billion in commitments for TPG Strategic Partners Interim Fund, a bridge fund raised last year from a select few investors. Two of the LPs in the fund – the state pension systems of Oregon and Washington State – approved rolling their full commitments to the bridge fund into Fund VII.

TPG offered a management fee discount of up to 25 percent for the largest and earliest LPs in the buyout pool, Buyouts reported last September.

Among TPG Capital’s fresh deals, it teamed up with Silver Lake to offer 23.4 million shares of Sabre Corp in a secondary offering of common stock that closed on Feb 10. Sabre Corp, the technology provider for the airline industry, has been trading at about $21 a share in the past month, up about $5 from its initial public offering price of $16 from April of last year.

On the personnel front, TPG hired public relations expert Adam Mendelsohn as managing director and head of external affiars, Reuters reported last month. Mendelsohn is known for advising NBA star LeBron James. TPG is suing its former communications chief, Adam Levine, who the firm accuses of taking confidential documents. Levine has disputed the allegations and said he was dismissed because he alerted management of non-compliance issues related to fees and expenses.

TPG Partners VI, the vintage 2008 fund from the firm, earned an IRR of 11.5 percent and an investment multiple of 1.4x as of June 30, 2014, for the California Public Employees’ Retirement System. That buyout pool raised $19.8 billion and is one of the largest private equity funds ever.