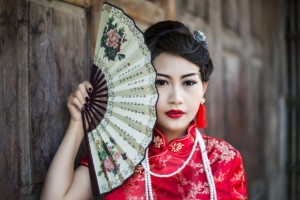 One of the world’s biggest private equity firms, TPG Capital, is reshuffling its senior ranks in Asia as it battles to finish raising money for its latest regional fund and bridge the gap with rivals.

Senior partner Tim Dattels said he was returning to Asia from the United States to be co-head of the region, alongside Ben Gray, a former Credit Suisse (CSGN.VX) banker who has risen steadily up TPG’s leadership chain since joining the firm in Australia in 2004.

TPG’s current Asia head, former British Olympic rower Stephen Peel, is stepping away from day-to-day management of the firm, according to people familiar with the matter.

“In the last few years I’ve been building up our Singapore office and the Indonesian practice. Now I’m extending that into North Asia,” Dattels told Reuters.

The management shuffle comes as TPG’s latest pan-Asia fundraising, its sixth for the region, has lowered its original target of up to $5 billion while rival KKR & Co (KKR.N) closed a record $6 billion for its own Asia fund in July.

For the private equity industry, which has grown from a scattering of leveraged buyout shops 30 years ago to a core group of asset managers overseeing hundreds of billions of dollars, senior leadership changes are a significant event.

Firms depend on the relationships that partners build with executive teams and bankers involved in deal-making. Pension funds and endowments also place a premium on consistent management teams in the private equity firms they engage.

Management changes in the middle of a fund raising effort is rare, though Dattels’ familiar face and experience in Asia is expected to help reinvigorate TPG’s effort to close an up to $3 billion fund, people familiar with the matter said.

Dattels, a former Goldman Sachs (GS.N) banker and current director of BlackBerry Ltd (BB.TO), is relocating to Hong Kong from San Francisco and is expected to take up the new job early next year. He was involved in many of TPG’s Asian investments, including hospitals operator Parkway Holdings and Indonesia’s Bank Tabungan Pensiunan Nasional (BTPN.JK).

TPG has seen some ups and downs in Asia during the last few years. Two of its top China dealmakers – Mary Ma and Weijian Shan – left to start their own private equity funds.

But TPG has hired some senior dealmakers and its BTPN investment is among the most profitable private equity deals ever struck in the region, with the firm on course to make more than 10 times its initial investment.

Gray, the Harvard-educated son of the former conservative premier of the Australian state of Tasmania, Robin Gray, moved to Singapore from Melbourne last year to take responsibility for Southeast Asia as well as Australia.

Peel, a managing partner who came to Asia in 2008 to run Asia, is in talks with TPG founders David Bonderman and Jim Coulter about a new role, potentially covering emerging markets and Europe, a person familiar with the talks said.

But he will no longer be involved in fundraising or management for Asia, the person added, requesting anonymity as the discussions are confidential.

Dattels, who took on a role with TPG after moving to San Francisco, is an old Asia hand, having run Goldman Sachs’ investment bank operations in Asia ex-Japan from 1996 to 2000.

Dattels declined to comment on details of TPG’s latest fundraising because Securities and Exchange Commission regulations prohibit advertising such activity.

TPG has requested an extension to its fundraising period to March to allow some investors time to join the fund, people familiar with the discussions said.

However, the firm has already made three investments from the new fund, which is already showing profit.

TPG was an early mover into Asia under the Newbridge brand, and launched its sixth fund in late 2011, targeting up to $5 billion, though it is now expected to raise only up to around $3 billion, according to people familiar with the matter.

“To me this looks like TPG deploying their resources where they are best suited, which is a smart move, it makes sense,” said an investor with the fund.