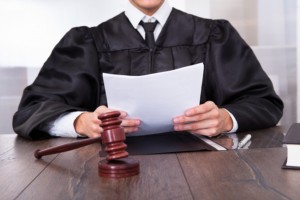 The private equity firm TPG Capital LP has sued former spokesman Adam Levine, accusing him of taking confidential documents and distributing them to the New York Times and other media after being denied a promotion to a partnership position.

In a complaint filed on Wednesday with the U.S. District Court in Fort Worth, Texas, TPG said Levine has held onto his firm-owned laptop and Blackberry even after being fired on Dec. 31 and is attempting to “extort millions of dollars” before returning them.

TPG said Levine was let go following his “escalating series of threats” against the Fort Worth-based firm founded by David Bonderman. Among them, the former spokesman allegedly called himself a “weapon of mass destruction” who could plant damaging stories and “bring TPG down in 10 days.”

Levine joined TPG in 2008 and was managing director of global affairs by the time he left. TPG filed its original lawsuit on Monday and amended it on Wednesday. The firm oversees about $66 billion of assets.

Barbara Rohn, a spokeswoman for Levine, said: “Mr. Levine was dismissed because he had alerted TPG senior management to serious issues of non-compliance and defrauding its investors of millions of dollars in fees and expenses. This is a blatant and shameful attempt to discredit a whistleblower.”

An outside spokesman for TPG rejected this explanation. “Mr. Levine was terminated for his egregiously improper and illegal behavior,” he said. “His statement with respect to any other reason for his being fired is totally and completely false.”

TPG is seeking to recover confidential and proprietary information that it believes Levine may have, an injunction blocking him from distributing or destroying that information, and compensatory damages.

It said it learned of the Times’ alleged role on Dec. 30 when a reporter said he was given internal TPG emails from a confidential source and later provided one such email that contained confidential information.

Before joining TPG, Levine had worked in the White House as a deputy press secretary for President George W. Bush.