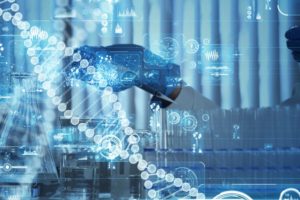 Eighteen months into its investment, TPG Capital’s belief in the importance of gene therapy advancement looks set to produce a handsome outcome for the private equity firm.

TPG is currently marked at more than 2x its money in AskBio, with room for additional upside with its sale to Bayer possibly going as high as $4 billion, sources familiar with the matter told PE Hub.

Bayer on Monday announced an agreement to fork out $2 billion upfront for the biopharma company that is working to develop new treatments for patients with rare and historically untreatable diseases. The transaction includes a potential for another $2 billion in milestone payments, with some 75 percent of which expected to be due over the next five years and the remaining amount thereafter, a news release said.

AskBio in April 2019 scored $235 million in funding, $225 million of which was contributed by TPG and Vida Ventures for a minority stake in the company. As part of the transaction, AskBio’s founders and board members co-invested $10 million.

AskBio since the funding has scaled on the manufacturing front, both from a capability and capacity standpoint, while concurrently building out the team to create a much larger company. With 500-plus patents for gene therapy development, AskBio’s diversified pipeline has progressed – including two lead programs currently developing treatments for Pompe disease and congestive heart failure.

Leading up to its sale to Bayer, AskBio received significant inbound interest and also evaluated a potential IPO, people familiar with the transaction said.

Consistent with large pharma’s broader push into what many consider the next era of medicine, AskBio advances Bayer’s establishment of a cell and gene therapy platform following its 2019 deal for BlueRock Therapeutics, the company said.

In relevant activity for TPG, the firm invested in Alogene Therapeutics – a developer of allogenic cell therapies for Cancer treatment – prior to its 2018 public debut.

More recently, TPG in September formed a new company called Ellodi Pharmaceuticals, whose drug program APT-1011 is in Phase 3 development for the treatment of Eosinophilic Esophagitis, or EoE. EoE is a rare allergic inflammatory disease that can lead to difficulty in swallowing, narrowing of the esophagus and the risk of food impaction.

Ellodi’s clinical assets were spun out of Adare Pharmaceuticals, following TPG’s sale of Adare’s core operations – the specialty CDMO pharmaceutical technology and microbiome businesses – which were acquired by Thomas H. Lee Partners and Frazier Healthcare Partners. Under its ownership, Adare has grown EBITDA at a CAGR over 25 percent, a source told PE Hub at the time.

Elsewhere in healthcare, TPG portfolio company WellSky earlier this month carved out AllScript’s CarePort in a $1.35 billion deal, just a few months after Leonard Green & Partners joined TPG as an investor in the healthcare technology giant.