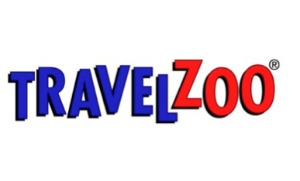 (Reuters) – Travelzoo Inc, a publisher of travel newsletters and websites that has seen its shares plunge 75 percent since July last year, is planning to sell itself, three people familiar with the matter said.

The New York-based Internet company, which provides travel deals on flights, hotels, vacation packages and cruises, is in the process of hiring a financial adviser, the sources said. The company has a market value of $336.1 million.

The list of potential buyers could include Amazon and Google Inc, which bought travel technology company ITA Software last year, said Dan Kurnos, a research analyst as The Benchmark Company.

The sources said online travel website ODIGEO, which is owned by AXA Private Equity and Permira, could also be a likely buyer.

The shares of Travelzoo, which competes with Expedia Inc, Priceline.com Inc and Groupon Inc, have been hurt by at least two quarters of disappointing results over the last nine months.

In July 2011, Travelzoo saw its shares plunge more than 30 percent after it missed analysts estimates, hurt by higher costs and lower-than-expected growth at its European newsletter business.

Recently, Travelzoo entered the local deals market, allowing subscribers to purchase vouchers from local businesses such as spas, hotels and restaurants, and putting it in direct competition with online coupon websites such as Groupon.

But Travelzoo’s more than 24 million subscribers in North America, Europe and Asia-Pacific, and its depressed stock price, could prove to be an attractive proposition for buyers.

“Travelzoo comes with a built in subscriber base and you are getting a business that is probably growing 10 percent to 15 percent even in challenging economic times,” Benchmark’s Kurnos said. “It makes sense for them to be acquired by somebody, especially given the success that Groupon has had with getaways.”

Travelzoo is controlled by Ralph Bartel, who founded the company in 1998 and serves as a director with a 53.3 percent ownership. His brother Holger Bartel is Travelzoo’s chairman.

The company’s revenues are generated primarily from advertising fees.

In 2011, the company reported $148 million in revenue for the year ending December 31, up from $112 million over the same period during the previous year.