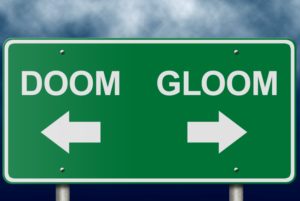 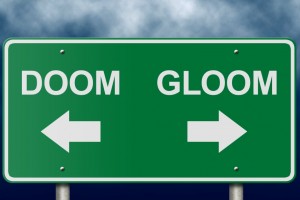 Triago, the global placement agent, starts off its quarterly report with a gloom-and-doom projection: “The first large-scale restructuring of the private equity space has begun,” says Antoine Dréan, the firm’s founder and chairman.

Triago, of course, backs up this statement with some alarming factoids. The firm estimates that there is $145 billion in unused leveraged buyout commitments set to expire this year. A record 10%–which is twice the historic annual rate–is likely to remain uninvested, the placement agent says. Triago estimate that a record 2,000 PE funds are out looking to raise $810 billion and many will miss their targets or just fail, Triago says.

Private equity portfolios are clogged with a record 8,000 companies worth an unprecedented $2 trillion, Triago says. PE firms are holding onto these firms for more than 5 years on average, which is an industry high, Triago says.

The quarterly also includes a roundtable discussion about secondary PE investing. Vincent Gombault, AXA Private Equity’s managing director of Funds-of-Funds and Private Debt, says that the vibrant volume of the secondary market is “entirely a function of attractive pricing for sellers.”

Here are some other notes from the quarterly:

1. Fewer pools in 2012 reached a final close while fund sizes increased, Triago says. There were 466 PE vehicles that held final closes last year on an average funds size of $579 million. This compares 2011 when 513 funds closed on an average of $448 million.

2. LPs are looking for efficiency and are investing more money with fewer managers. They’re also avoiding those GPs whose small size makes large investments difficult or due diligence challenging, Triago says. GPs in emerging markets are getting hit the worst, Triago says. Overstretched LPs don’t like the cost of doing research in distant places, Triago says pointing to a December review from the Emerging Markets Private Equity Association.

3. Nearly half, or 40%, of PE funds holding final closes in 2012 missed their target, Triago says, with the majority falling 10% or more short of their goal.

4. Expect more big deals in 2013, Triago says. There were 43 U.S. exits of $1 billion or more in 2012 and nearly half of them took place in Q4. This pushed PE-backed sales to a quarterly record of $57 billion, according to PitchBook. Why is this happening? GPs are incentivized to do more big exits this year as $145 billion of committed capital is set to expire.