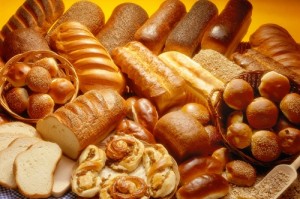 CHICAGO, May 1, 2015 /PRNewswire/ — Arbor Investments announced today that it has completed the sale of its Fund II portfolio company, Gold Standard Baking, to Tricor Pacific Capital. Based in Chicago, Gold Standard is the preeminent manufacturer of frozen laminated dough products sold through grocery retailers, foodservice distributors, quick serve restaurant chains, commissaries and convenience stores throughout North America. Terms of the sale were withheld.

Gold Standard’s roots start in 2001 when Yianny and George Caparos acquired the small bakery from East Balt Commissary and grew the business into a strong regional bakery. In 2008, Arbor Investments acquired a controlling interest in Gold Standard and embarked upon an ambitious growth plan backed by a $40 million investment in equipment and facilities that transformed the company into the largest manufacturer of high-quality specialty croissants and strip Danish products in the United States.

Reflecting on the Gold Standard investment, Arbor’s President and Co-Founder, Joseph Campolo, stated, “Yianny and George Caparos were extraordinary partners. The Arbor and Gold Standard teams worked closely during our partnership and significantly expanded production capacity and product capability. The Caparos brothers executed our strategic vision flawlessly. We were very fortunate to work with entrepreneurs of such high integrity, unmatched baking expertise and superior management skill. Incredibly, during our 8 year ownership, Gold Standard Baking quadrupled in size and Fund II, inclusive of cash proceeds received in connection with two dividend recaps during our ownership period, realized a 9.4x gross return on its investment.”

President and CEO, Yianny Caparos, commented, “Arbor has been an inestimable partner during Gold Standard’s period of tremendous growth providing the company with needed capital, human resources and strategic direction. Without the symbiotic Arbor relationship, Gold Standard would not be the success it is today.”

“I’ve been involved in the food industry for 35 years. The Gold Standard Baking investment exemplifies why Arbor is the foremost private equity food investor in the United States,” said James Gold, an outside director of the company.

William Blair acted as exclusive financial advisor to Arbor in connection with the transaction and DLA Piper LLP (US) served as Arbor’s legal counsel.