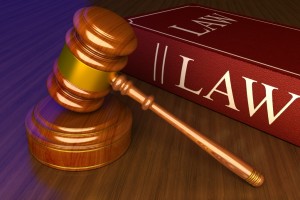 Oct 30 (Reuters) – Twitter Inc was sued for $124 million on Wednesday by two companies claiming the social media darling fraudulently had them organize a private sale of its shares to stoke investor interest for an initial public offering then canceled it.

In a lawsuit filed in U.S. District Court in Manhattan, Precedo Capital Group Inc and Continental Advisors SA accused Twitter of using the aborted sale as a way to give the money-losing company a $10 billion market valuation and higher IPO price.

“Twitter never intended to complete the offering on behalf of Twitter stockholders, in the private market, thereby causing substantial damages to the plaintiffs in the loss of commissions, fees and expenses, as well as through their business reputation,” the lawsuit said.

The financial firms seek $24.2 million of compensatory damages, $100 million of punitive damages and other remedies.

Jim Prosser, a spokesman for Twitter, in a statement said the company had never had a relationship with Precedo or Continental Advisors.

“Their claim is completely without merit,” he added.

The lawsuit comes as anticipation builds for Twitter’s IPO, widely considered the most highly awaited since Facebook Inc went public in May 2012.

Last week, the San Francisco-based company said it would offer its shares at between $17 and $20 each, valuing the company at up to about $11 billion. (Full Story) No date has been set yet but market watchers believe the IPO could happen as early as next week.

Twitter was holding its first large investor lunch in New York on Wednesday. Institutional investors who met with Twitter this week say they are optimistic about its upcoming IPO and see it as a more conservative offering than Facebook’s splashy IPO. (Full Story)

According to the lawsuit, it was worried about repeating some problems afflicting Facebook’s $16 billion offering.

In particular, the lawsuit said Twitter sought to avoid the potential for excess supply of company shares by controlling the buyers and sellers of those shares in the private market.

Precedo, an Arizona-based broker dealer, and Continental, a Luxembourg financial adviser, said they were contacted by GSV Asset Management, an approved buyer of Twitter stock, about marketing a fund that could only purchase Twitter shares.

GSV allegedly had negotiated an agreement with Twitter in which it would arrange the sale of up to $278 million of shares owned by employees and others, in blocks of $50 million.

Precedo and Continental said they lined up commitments for the first $50 million block and set up road shows in the United States, Europe and Asia where GSV managing partner Matthew Hanson disclosed material non-public information about Twitter.

But they said Twitter eventually blocked the sale after learning that Precedo and Continental had attracted investors willing to pay $19 a share, considerably above the $17 or less offered in other private market transactions.

“Twitter’s intention was to induce Precedo Capital and Continental Advisors to create an artificial private market wherein Twitter could maintain that a private market existed at or about $19 per share for the Twitter stock,” they said.

Reporting by Nate Raymond and Jonathan Stempel of Reuters News