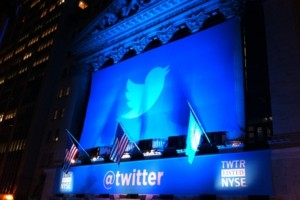 Twitter Inc on Wednesday reported its slowest pace of user growth in recent company history, dimming hopes that the social media phenomenon can sustain its torrid pace of expansion and wiping out nearly a fifth of the company’s value in after-hours trading.

The San Francisco company posted better-than-expected fourth-quarter revenue of $243 million in its first results as a public company. But investors focused on the anemic user growth, as well as a severe decline in timeline views, a measure of user engagement.

Twitter, which held a highly anticipated initial public offering in November at $26 a share, has divided investor opinion in recent months, as shares raced to more than $66 ahead of Wednesday’s results despite an absence of news.

Twitter’s valuation has been predicated in part on the belief it could expand its mainstream appeal and eventually become as ubiquitous as Facebook Inc, which has five times as many users. Some analysts warned that its valuation looked increasingly bloated.

“What this report will do is it will question how mainstream is Twitter as a platform,” said Arvind Bhatia, an analyst at Sterne, Agee & Leach. “Both in the U.S. and internationally, the monthly active user base did not grow as fast as people thought, and that has an impact on the number of timeline views.”

Shares fell sharply after hours on Wednesday to $54, down about 18 percent from a close of $65.97 on the New York Stock Exchange.

The tumble came as a rude jolt for investors who had bid up Twitter shares to about 30 times projected 2014 sales, based on its Wednesday closing price – or more than twice as expensive as Facebook or LinkedIn Corp.

Twitter’s user numbers grew at 10 percent, 7 percent, and 6 percent during the first three quarters of the year, respectively, before coming in at 3.8 percent for the final period.

Perhaps most surprisingly, timeline views dropped sharply from 159 billion to 148 billion in the quarter, signaling that users were refreshing their Twitter accounts less often.

Dick Costolo, the Twitter chief executive officer roundly celebrated just three months ago on Wall Street for pulling off a glitch-free IPO, found himself on Wednesday facing repeated questions from analysts about when Twitter’s user growth might reaccelerate.

Twitter made a number of changes to its layout during the recent quarter to help new users make sense of Twitter and stick with it, he said. For instance, Twitter now shows multimedia directly inside a tweet card and chains together conversation threads, which have boosted user engagement.

Costolo also talked up other initiatives such as improving the onboarding process for newcomers to Twitter’s mobile app, saying he had “every confidence” that the slope of its user growth trajectory will change in 2014 once those changes take effect.

But, he added, “what that slope will look like or when it will occur is not something I can guess at.”

In a rare move for fast-growing Internet companies, Twitter offered forward-looking guidance, saying it was targeting revenue of $230 million to $240 million in the first quarter.

Even as Twitter’s user numbers appeared to plateau, one bright spot was that the efficacy of its advertising business model – which places ads inside users’ timelines every time they refresh – appeared to steadily improve. The company said it made $1.49 per 1,000 timeline views, a significant jump of 76 percent from a year prior.

In the past year, Twitter has invested heavily in improving its targeting capabilities to show ads that elicit more feedback from users; advertisers have proven willing to pay more for better-targeted ads.

Twitter had a net loss of $511.5 million in the fourth quarter, widening significantly from a year earlier as it shelled out on its sales force, research and marketing.

On a non-GAAP basis that excluded items, it made a profit of 2 cents per share, versus roughly break-even a year ago, beating expectations for a slight loss.

“The actual numbers are strong in terms of fundamentals,” said Ben Schachter, an analyst at Macquarie. “People had really run this thing up expecting an absolute blow-out. Guidance looks strong, just not as strong as some people had hoped.”