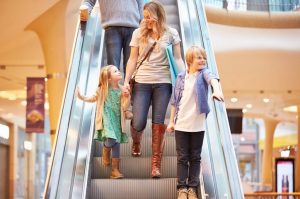 TZP Group has snapped up Kindred Bravely, an apparel brand for pregnant and nursing mothers that it plans to bolster with increased awareness, digital sales and mass retail penetration.

The New York-based firm invested up to $30 million in equity through its $250 million Small Cap Partners II fund. The deal valued the direct-to-consumer brand at under $60 million including debt, which was provided by JP Morgan, a source familiar with the transaction told PE Hub.

Kindred Bravely markets itself as a functional, affordable retailer focused on selling maternity basics like nursing bras, delivery gowns and lounge pajamas on its website and Amazon. The Oceanside, California-based company, which follows an all-remote model, is almost entirely composed of female employees, many of whom are mothers.

Although TZP doesn’t see a future for Kindred Bravely in boutiques, the firm plans to enter into mass retail – a place where products in one category can be found together, said Dan Gaspar, partner at TZP. Examples of mass market businesses include Target and Walmart.

“If you are eight months pregnant, trying stuff on at a retail shop is not an appealing experience,” Gaspar said.

TZP will look to further develop product lines within the company’s existing categories and get into tangential ones. The goal is to boost digital marketing at the company and enter international markets, while continuing the focus on comfort over high-fashion clothing, Gaspar said.

“They [deal leads] developed a plan on what we could collectively do to help grow the business,” Gaspar said. The team included a former global head of e-commerce marketing at Facebook, Jarrad Berman and Robert Schwartz, ex-president at an advertising company called Undertone.

Founded by a husband-wife duo in 2014, Deeanne and Garret Akerson started ramping up the business two to three years ago to prepare for a partial exit. Kindred Bravely deployed internal funds to upgrade accounting systems and hiring, said Channing Hamlet, managing director of Objective Capital Partners, which provided sell-side advice on the deal.

The founders wanted a deal structure where they could continue as CEOs and obtain expertise and resources to grow, Hamlet said.

Objective, engaged by the company early last year, approached a handful of strategic and e-commerce focused PE buyers. Based in San Diego, the investment bank focuses primarily on deals between the $20 million to $75 million in enterprise value.

TZP, who was introduced to the founders in the fourth quarter of 2020, had previously worked with Objective to buy automotive asset recovery provider Del Mar Recovery Solutions – which has since been merged into Resolvion.

The deal, which closed last week, concluded swiftly as fewer in-person meetings were held with the buyers due to covid, Hamlet said.

For TZP, Kindred Bravely, a sub $10 million EBITDA business, is the latest in a string of consumer- and business services-related acquisitions. The firm partnered with natural movement footwear company, Feel The World (under the Xero brand), and e-commerce outdoor lifestyle retailer, SA Company, in the fourth quarter of last year.