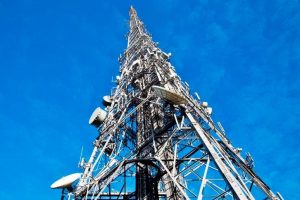 British broadcast and mobile masts company Arqiva plans to raise around 1.5 billion pounds (US$2 billion) in the biggest initial public offering in London so far in 2017.

Private equity-owned Arqiva, which carried the BBC’s first television broadcast in 1936, said on Monday it will use the proceeds from next month’s listing to pay down debt.

After 2.6 billion pounds worth of debt held by shareholders is converted into equity, Arqiva’s implied enterprise value, which includes debt, could be around 6 billion pounds, a source told Reuters following the announcement.

Sources familiar with the deal had said Arqiva’s owners had wanted to sell it in one go but were pushing ahead with a flotation after failing to agree a deal with potential suitors.

Arqiva is likely to enter the FTSE 100 index and its flotation comes amid a quickening pace in British IPOs.

Ready meals supplier Bakkavor, business services company TMF and credit services provider Cabot Credit Management are among those that have said they are planning to list in recent weeks.

Proceeds from IPOs on the London markets as of October 10 considerably outpaced the same period in 2016, but are still short of the peaks of 2013-2015.

The listing of at least 25 percent of Arqiva is expected to be the largest in terms of proceeds in London so far this year, according to Thomson Reuters data, although its shareholders, including Canada Pension Plan Investment Board and Macquarie Infrastructure Fund, only intend to sell shares through an over-allotment option of up to 15 percent.

Cellnex is trading at an enterprise value to EBITDA ratio of around 16 times for the next twelve months, amounting to a potential enterprise valuation of 8 billion pounds for the British masts giant.

Goldman Sachs, HSBC and J.P. Morgan are acting as joint global co-ordinators and joint bookrunners on the IPO.