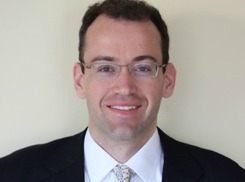 The University of Pennsylvania tapped Peter Ammon, a colleague of legendary Yale University endowment chief David Swensen, as its next chief investment officer. Ammon, who is 36 years old, has been at Yale for eight years, according to Buyouts, peHUB’s sister magazine. His new job is set to begin July 1, the first day of the university’s 2014 fiscal year.

As of June 2012, Penn’s endowment was valued at $6.8 billion, ranking it fifth in size among the Ivy League’s eight universities, behind the $30.7 billion endowment of Harvard, the world’s largest. Yale, with the nation’s second largest endowment, has $19.3 billion in assets. As part of his responsibilities, Ammon will also be in charge of Penn’s $1 billion employee pension plan.

“Peter is a remarkably talented investment manager with impressively wide and successful experience across asset classes,” University of Pennsylvania President Amy Gutman said in a statement. “He is the right person to lead Penn’s talented investment team and maximize long-term returns, manage risk and generate the resources that help support our highest priorities.”

Swensen, who is the chief investment officer at Yale, is known to have cancer. The university has been relatively quiet about his condition, but Ammon’s departure to Penn may be a sign that he was not a likely heir apparent for the Yale endowment top job. Swensen is a pioneer in the construction of investment portfolios that use illiquid investments that take advantage of an endowment’s unusually long investment time horizon. This model, often called the “Yale model,” has been widely emulated in the endowment world.

At Penn, Ammon replaces Kristin Gilbertson, who stepped down as CIO in October 2012 after she had been in the role for eight years. In an e-mail message to Buyouts, Gilbertson called Ammon “a good catch. I am delighted for Peter and delighted for Penn.”

In an article last year with the Daily Pennsylvanian, the university’s main newspaper, Gilbertson dubbed Penn’s endowment a “late bloomer.” The endowment was late in diversifying into private equity, hedge funds, venture capital and other alternative assets. Penn hired its first CIO only in 1998.

Overall, Penn’s endowment returned 1.6 percent in the 12 months to June 2012, trailing the S&P’s 5.5 percent gain over the same period. That said, Penn performed substantially better than many endowments during the financial crisis, losing just 16 percent of its assets during fiscal 2009, compared with 27 percent at Harvard and 25 percent at Yale.