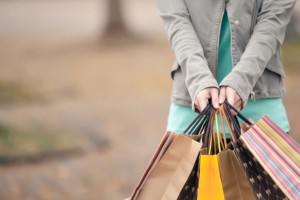 U.S. consumers have not turned out in force for the final shopping days before Christmas, suggesting that traditional retailers will just meet industry sales forecasts in a season marked by deep discounts and growing encroachment from online rivals led by Amazon.com Inc.

Super Saturday – the last pre-Christmas Saturday, which fell on Dec. 20 this year – failed to make up for spotty performance this season. That included a disappointing Black Friday, the day after the U.S. Thanksgiving holiday that is typically one of the busiest shopping days of the year.

“The past weekend will not save this holiday season,” said Craig Johnson, president of the retail and consumer product-oriented private equity fund Customer Growth Partners. “But combined with online sales, it would certainly save the year from being a dismal one.”

Johnson said if sales hold up in the next few days and the week after Christmas, retailers may finish close to his company’s November and December forecast of 3.4 percent growth in store and online sales. He estimates that Super Saturday weekend sales, which include store and online, rose 2.5 percent to $42 billion this year.

The National Retail Federation (NRF), the leading industry trade body, forecast a 4.1 percent rise in holiday sales this year, including online and store sales. The NRF is hoping to meet its expectations amid falling gasoline prices, lower U.S. unemployment and consumer spending which showed signs of increasing during the first two weeks of December.

Promotions heated up in the past five days but that did not boost store traffic materially, said Keith Jelinek, senior managing director of FTI Consulting.

Most retailers offered an additional 20 to 30 percent off on top of 30 to 40 percent discounts on a wide range of products, Reuters found during a series of visits to three dozen stores in Chicago over the weekend.

Best-sellers during the season included Apple Inc’s iPhone 6, toys based on the Walt Disney Co animated movie “Frozen,” and winter clothing such as coats from retailers like Macy’s Inc after a cold spell last month.

Super Saturday sales rose 0.5 percent to $9.15 billion from $9.1 billion a year ago, according to early estimates by ShopperTrak, which surveys spending at brick-and-mortar stores. This fell short of the firm’s $10 billion sales forecast for the day, founder Bill Martin told Reuters.

Analytics firm RetailNext, which tracks specialty stores and large footprint retailers, said sales dropped 8.9 percent over the weekend versus a year ago, and store traffic dipped 10.2 percent. However, customers who did hit the stores spent more. Specialty stores in the United States include chains like Best Buy Co Inc and large footprint retailers include Wal-Mart Stores Inc and Target.

“Even with this drop in growth, Super Saturday was still better compared to Black Friday,” said Shelley Kohan, vice president of retail consulting at RetailNext. “It generated a tad more in terms of sales on slightly less traffic.”

Promotions earlier in November took a toll on in-store sales during the Thanksgiving weekend, when total spending fell by 11 percent from a year earlier.

Highly discounted categories like consumer electronics and home improvement, which have had a strong season this year, continued to do well on Super Saturday.

The apparel segment, which has had one of its worst years, also picked up momentum, although not enough to offset slower growth in the past two months.

Experts including Craig Johnson said the growth in apparel is occurring on the back of heavily discounted pricing, so margins this year will be weak in most of the category.

FTI Consulting’s Jelinek pointed to a jump in online shopping this past weekend which, he said, will bring relief to retailers with physical stores who also have an online presence.

“The majority of retailers will be flat to negative in their bricks and mortar business but their online sales will show significant double-digit increases. This should boost the overall sales number.”