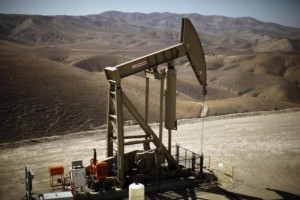 A renewed slide in crude prices is having the effect U.S. energy sector dealmakers and private equity managers have been looking for: oil companies are now returning calls from potential buyers.

Throughout much of the crude market rout that started in mid-2014 oil firms could rely on generous capital markets investors betting on a quick recovery in prices, which made any asset sales look unattractive. But since crude prices began tanking again in early July after a partial three-month recovery, oil firms have finally started to feel the squeeze.

A torrent of $44 billion in high-yield debt and share sales in the first half of this year has slowed to a trickle with oil now at just above $42 a barrel, 30 percent below its June levels and 60 percent down from June 2014, CLc1 and a more pessimistic view taking hold that global oversupply could keep oil cheap for years.

The number of high-yield bond and share issues has tumbled more than two-thirds from levels seen in May, Thomson Reuters data show. (link.reuters.com/fyf45w)

That opens up opportunities for deep-pocketed private equity firms to push for restructuring or buy assets as many oil companies need cash to replenish banks’ slimmed-down lending facilities, service their bonds and finance drilling of new wells to keep pumping oil and sustain cash flow.

“The capital markets showed up in force in the first quarter much to everyone’s surprise,” said Carl Tricoli, managing partner at Denham Capital, a private equity fund in Houston.

“It didn’t solve people’s problems, so now when you roll to 2016 …there will be an opportunity for private equity-backed companies with plenty of capital in place to go out and start buying.”

On Monday, shale producer Magnum Hunter Resources Corp. (MHR.N) said it would get an unnamed private equity fund to pay for up to $430 million of drilling work in Ohio in return for rights to the land.

Dealmakers say potential sellers of oilfield assets are now discussing bids they would have rejected a few months ago while the changed outlook for oil allows buyers to adjust bids down.

“I’ve had two deals impacted by the $55 to $45 dollar (a barrel) shift,” said Steve Tredennick, a partner at the Paul Hastings law firm in Houston. “It was enough of a change, and enough of a psychological change, that on the buy side, you simply had to reprice.”

While crude’s retreat means more pain for oilfield companies, private equity firms, with their high risk tolerance and longer investment horizon, are prepared to make deals that may take years to pay off.

Optimists believe in the longer run oil prices will return to around $100 a barrel thanks to new demand fueled by a growing middle class in the developing world.

Natural resources-focused private equity funds raised about $28 billion in the first half of the year, compared with $20 billion in all of 2014, according to market research firm Preqin.

Much of that capital has yet to be invested by the likes of the Blackstone Group (BX.N) , EnCap Investments LP, Quantum Energy Partners and NGP Energy Capital Management and new money keeps coming.

Some deals are already going through.

Last week, Intervale Capital, a private equity fund that specializes in oil and gas, said a company it backed was buying Odessa Packer Services, which works on wells in the Permian Basin of Texas.

“I think you will see opportunities to acquire acreage, acquire production, perhaps even come in and acquire companies,” he said.

Highly indebted companies are the most likely targets.

They need to keep spending to maintain production so they have revenue to service their debts at a time when lower prices have reduced cashflows. Simmons & Co analysts this week estimated that the North American oil and gas companies they follow would face a $45 billion shortfall next year even with crude at $60 a barrel.

Private equity cash can help plug that hole, but it comes at a steep price.

For example, a unit of American Energy Partners LP, a firm set up by former Chesapeake Energy Corp (CHK.N) CEO Aubrey McClendon, in June swapped $336 million in senior 9 percent notes for shorter-term debt at 12 percent and essentially no restrictive covenants. That was contingent on a renewal of its credit facility and a $100 million injection from Texas private equity firm the Energy and Minerals Group.

Some people involved in deals also talk about “aggressive structures” where alternative financing gets wrapped into a bank lending facility at a 50 percent premium.

Still, cash alone is not a guarantee of success.

Bill Conway, co-CEO of The Carlyle Group, a giant in alternative funding, struck a cautious tone when presenting the group’s second quarter results on July 29.

“I would say, this is a good time to be careful when it comes to investing in energy.”