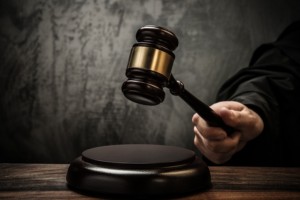 Sysco’s share price was down 3.4 percent for the day, initially on concerns that the Federal Trade Commission was close to filing a lawsuit and later on the lawsuit itself, although Sysco pledged to fight the action.

Sysco, No. 1 in its industry, unveiled its plan to buy US Foods, the second-largest, in December 2013. It was controversial because they are the only two food distributors big enough to offer truly nationwide contracts to deliver food and other supplies to customers like hotels, hospitals and fast food restaurants.

That created concern that allowing the two to combine would reduce competition and give them too much pricing power.

“This proposed merger would eliminate significant competition in the marketplace and create a dominant national broadline food service distributor,” Debbie Feinstein, director of the FTC’s Bureau of Competition, said in a statement.

But Sysco Chief Executive Bill DeLaney said in a statement that the FTC’s fears were misplaced. “Those of us who work in this industry every day know it is fiercely competitive. Customers of all types have access to food distribution services from a wide variety of companies,” he said.

Before Thursday’s announcement, Sysco had hired law firm O’Melveny & Myers LLP as its counsel for a fight with the FTC.

The FTC is seeking a temporary restraining order and preliminary injunction to stop the companies from combining. On a parallel track, an internal FTC judge will hear the case.

In hopes of overcoming the FTC’s concerns, Sysco and US Foods had offered to sell 11 distribution centers with nearly $5 billion in sales. The goal of the divestitures would be to build the industry’s No. 3 company, Performance Food Group, into a viable national competitor, essentially replacing US Foods.

But the FTC was unconvinced.

“The FTC thinks that you can’t create a viable competitor out of thin air,” said Darren Bush, a veteran of the Justice Department’s Antitrust Division who teaches at University of Houston Law Center.

Bush said that the agency was usually cautious in bringing lawsuits. “They’re not going to try to bring this down unless they have some really good evidence,” said Bush.

Three FTC commissioners voted to bring the case against the deal: Democrats Edith Ramirez, Julie Brill and Terrell McSweeny. FTC Republicans Maureen Ohlhausen and Joshua Wright voted against suing. Wright tweeted that he had “no reason to believe” the proposed deal was illegal under antitrust law.

Ten states and the District of Columbia also joined the lawsuit.

US Foods is owned by private equity firms including KKR & Co.

Reuters reported earlier in the day that the FTC was expected to file a lawsuit as soon as Thursday to block the merger.