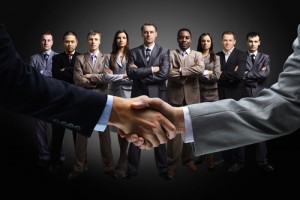 Strategics have emerged as the buyer of choice for private equity firms looking to sell their investments, according to Pitchbook Data Inc.

This year has seen 478 U.S. private equity exits close, valued at roughly $185 billion as of June 30. This is more than half of the $264 billion collected in all of last year when PE firms completed 1,072 exits, Pitchbook said.

“This a lot of money going back to LPs, but it doesn’t necessarily speak to performance or IRRs,” said Alex Lykken, a Pitchbook senior financial writer.

PE completed 265 strategic sales worth more than $160 billion as of June 30, Pitchbook said. In all of 2014, corporates closed 578 acquisitions of PE investments totaling $167 billion, Pitchbook said.

Biomet, which was sold to Zimmer Holdings for $14 bilion, is the year’s biggest sale to a strategic.

Corporate buyers usually account for roughly half of capital exited. This year, strategics have accounted for 87 percent, Lykken said. Strategics will likely continue their buying spree for “another quarter or so,” he said.

High prices continue to keep PE firms from making many purchases. Historically, private equity firms will make an average of three deals for every sale they make, but that ratio has dropped to about two investments for every exit, Lykken said.

Strategic sales have caused a drop in secondary buyouts (SBOs). This year has seen 196 SBOs closed totaling $20 billion as of June 30, Pitchbook said. This compares to full-year 2014 when 423 secondary deals totaled $73 billion. “If you are a seller and have a corporate acquirer wiling to pay more for these things you are more likely to go that route than a secondary buyer,” Lykken said.

One explanation is the dearth of pools over $5 billion. This year only $16.8 billion was raised by so-called mega funds, Pitchbook said. Hellman & Friedman, which closed its eighth flagship fund at $10.25 billion in November, was one of the last mega funds.

The biggest fundraisings this year have come from American Securities, which in January closed its seventh fund at $5 billion, and Crestview Partners, which collected $3.2 billion in February for its third pool.