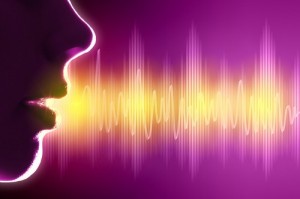 Unified Computer Intelligence Corp., a Toronto-based developer of Ubi, a voice-activated computing device that offers instant access to information and control of home automation devices, has been awarded $100,000 as the winner of the N100 startup competition. Ubi is the company’s first product and was launched via Kickstarter in 2012, raising US$229,000. The N100 event is sponsored by Northumberland Community Futures Development Corp., a non-profit organization dedicated to providing financing and strategy for entrepreneurs.

Northumberland, ON, September 16, 2013 – Northumberland CFDC, a not-for-profit organization dedicated to providing financing and strategy for entrepreneurs, today announced that Unified Computer Intelligence Corporation (UCIC) is the winner of its inaugural N100 startup competition. UCIC has successfully secured an investment of $100,000 for the development of “Ubi” (the ubiquitous computer), a revolutionary new device that will change how people interact with computers.

Always-on, always ready, voice-activated. Ubi is a ubiquitous computer. Just plug it in, talk to it and it’ll help you connect to your world.
As part of Northumberland CFDC’s $5 million Investment Fund, N100 fills a void in the Canadian startup ecosystem by providing early-stage seed capital for higher risk ventures. The inaugural competition played out over 5 months of intensive startup challenges including a Pitch Contest moderated by Spark Centre’s Bryan Kanarens and featuring the N100 Power Panel. The Power Panel included representatives from the MaRS Investment Accelerator Fund, Maple Leaf Angels and National Research Council of Canada-IRAP, along with RBC 2012 Canadian Women Entrepreneur of the Year, Jodie Glover and serial digital entrepreneur, Paul Godin.

“We would like to congratulate UCIC as the first winner of N100, and we thank the 34 participating startups who responded to our global call with creative drive and entrepreneurial passion,” said Wendy Curtis, Executive Director, Northumberland Community Futures Development Corporation. “N100 was designed to help transform ideas into investment-ready opportunities, and we look forward to the continuing evolution and growth of UCIC as the team sets out to achieve its next milestones—including shipping beta versions of the Ubi this fall to backers of their successful Kickstarter campaign.”

Co-Founder and CEO of Unified Computer Intelligence Corporation, Leor Grebler, B. Eng.
“We are thrilled with the outcome of N100,” said Leor Grebler, Co-Founder and CEO of UCIC. “We are witnessing the dawn of the era of ubiquitous computing and the internet of things. UCIC and its partners are at the forefront with Ubi. We look forward to working closely with Northumberland CFDC to establish a centre of operations, create jobs and grow our presence and impact in Northumberland.”

N100 is set to enter its second year with a new global call for applications in January, 2014.

About Northumberland CFDC
Northumberland Community Futures Development Corporation (Northumberland CFDC) is a not-for-profit organization dedicated to providing financing and strategy for entrepreneurs. Northumberland CFDC is governed by a volunteer board of directors and staffed with business professionals delivering an array of entrepreneurial development programs funded by the Government of Canada and the Province of Ontario and located one hour east of Toronto. The corporation manages an investment portfolio that drives business startup and expansion, job creation and local impact to GDP. Current initiatives include FedDev Ontario’s Scientists and Engineers in Business and N100: a new startup competition for up to $100K in seed capital investment.

About Unified Computer Intelligence Corporation / the Ubi
Unified Computer Intelligence Corporation (UCIC) is a Canadian technology company founded by three technophile engineers: Amin Abdossalami, Mahyar Fotoohi and Leor Grebler. UCIC’s first product the Ubi, is a revolutionary new ubiquitous, voice-activated computing device that offers instant access to information and control of home automation devices. The Ubi is equipped with a microphone, speakers and onboard sensors. It plugs into a wall outlet and accesses the Internet through a wifi connection. The Ubi listens for commands and monitors the environment, including: temperature, humidity, air pressure, and ambient light. This data can be accessed online or used to trigger alerts through email or text message.

About the N100 Startup Competition
N100 is a new entrepreneurship competition led by Northumberland CFDC in partnership with Spark Centre and the N100 Power Panel. Startups compete for $100,000 in early-stage investment through a series of three Rounds: the Pitch Contest, Business Planning and Negotiation. N100 address the pre-Angel funding gap in Ontario by providing seed capital to innovation-driven enterprises that will establish a presence and impact in Northumberland. Read more.
Registration is currently closed. Stay tuned: the competition will start up again in January, 2014.