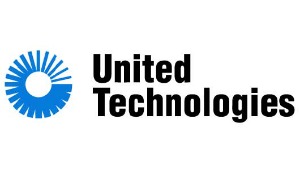 (Reuters) – Industrial conglomerate United Technologies Corp is reviewing the possibility of selling its flow and compressor businesses that could fetch a combined $3.5 billion, people familiar with the matter said.

A sale of these businesses, which are part of United Tech’s Hamilton Sundstrand unit, would help the company minimize the amount of shares it needs to sell to fund its largest-ever acquisition — its planned purchase of Goodrich Corp for $16.5 billion.

United Tech had initially planned to raise up to $4.6 billion in new shares to fund that deal.

The company has been adamant about not selling any more stock than it has to for the Goodrich takeover and also intends to keep its credit rating. United Tech currently has an “A” credit rating from Standard & Poor’s — not top shelf, but solidly investment-grade.

Last month, Chief Financial Officer Greg Hayes said the company could announce plans in March to sell some of its fire and security unit’s installation businesses to raise money.

Goldman Sachs Group, which is acting as United Tech’s financial adviser, has reached out to a number of potential strategic buyers and private equity firms to gauge their interest in buying the flow and compressor businesses, the sources said.

These discussions are however at a preliminary stage, and the company could eventually decide against selling these businesses.

The flow and compressor businesses could be broken up and sold to different buyers, according to the sources.

The sources who are familiar with the industry said the logical universe of buyers could include companies such as SPX Corp, Flowserve Corp, Dover Corp, Weir Group PLC, Sulzer AG, Pentair Inc and Tyco International.

Atlas Copco AB, Gardner Denver Inc and Engel could be the natural strategic buyers for the compressor business, the sources said.