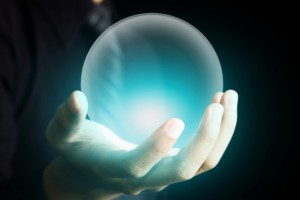 In October, we reported on a super-exclusive dinner in Manhattan for buyers in the secondary market, where attendees guessed on total secondary volume for 2014.

The Jekyll Island-like secondaries confab, organized by Willowridge Partners exec Michael Bego for the past eight years, has grown from an original four attendees to around 85 last year. It’s an extraordinary representation of just how far this scrappy little market has come.

Last year, attendees were invited to take part in a survey to predict secondary deal volume for the next few years, including for 2015. To make it interesting, the person who hit closest to the final tally for private equity secondaries in 2014 (as calculated by intermediary Setter Capital), would win $10,000 to be donated to the charity of his or her choice. Setter, which has sponsored the dinner for the past few years, also sponsored the contest.

We can now report on the winner of the volume contest: Out of 42 respondents, Daniel Gillespie, an associate at ORIX Americas, is the oracle of the secondaries market. Gillespie put total private equity secondaries volume for 2014 at $38 billion, which got within a hair of Setter’s $37.9 billion 2014 tally for private equity directs and fund secondaries.

“I arrived at a number I thought was higher than 2013 based on what I’d seen in fundraising and guys putting money to work,” Gillespie said.

Gillespie hasn’t picked his charity yet, but says it’ll be a group that has a presence, or is at least headquartered, in Texas. He works out of ORIX’s Texas office.

“There’s a lot of them out there, I want to make sure it’ll be meaningful,” Gillespie said. “It will probably be catered to what will end up being a smaller charity.”

ORIX, a financial institution based in Tokyo, is not one of the more well-known players in the secondary market. Its U.S. headquarters is in Dallas. The Alternative Investment Group started to focus on secondaries in 2011, and Gillespie is now the primary secondaries contact, he said. ORIX’s secondary team looks for smaller deals, and will take smaller chunks of larger portfolios.