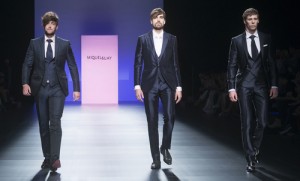 Despite a weak fundraising market in the third quarter, a murderers’ row of some of the industry’s most sought after general partners is expected to return to market at some point in the next year, according to data from Buyouts and Bison.

LPs expect technology specialist Silver Lake to return to market with the fifth iteration of its flagship private equity fund. The current fund, Silver Lake Partners IV, closed on $10.3 billion in 2013 netted a 70.7 percent internal rate of return through March 31, according to the California Public Employees’ Retirement System.

Other projected and funds-in-market mentioned by sources include flagship offerings from top performers like Leonard Green & Partners, TSG Consumer Partners and Vista Equity, all of which are expected to be oversubscribed.

“I’ve heard from other folks that those vehicles are really difficult to access,” said one limited partner.

Demand for managers with long track records of outperformance will be particularly strong as return expectations for the asset class drifts downward. In an October report to San Francisco Employees’ Retirement System, consultant NEPC reduced its five-to-seven-year geometric return forecast from 8.75 percent to 8.5 percent.

And Coaker is not alone. According to a recent survey conducted by Palico, 40 percent of LPs expect private equity returns to fall in the next three to five years, while just 33 percent expect them to rise. Another 27 percent expect returns to stay the same.

“There’s just more large pools of capital moving into private equity — large sovereign wealth funds,” said an LP. “When they move, they move in large numbers. The more money you put into an asset class, returns are going to have to go down.”

A strong fundraising market in 2013 and 2014 helped push general partner stores of dry powder to a record $1.3 trillion as of June 30, according to data provider Preqin. The total represented an 18 percent increase from what GPs had at year-end, ThinkAdvisor reported.

Bulging fund sizes contributed to swelling multiples on new deals, which left many LPs feeling nervous about the current market’s similarities to the years leading up to the global financial crisis.

“We don’t think that’s really sustainable over the long term,” said one LP advisor. “We think valuations are really high and the expectation is it’s going to be difficult. Manager selection, and where you’re putting your money, is going to be much more important.”

Several of the largest firms in the industry already feel the chill. Blackstone Group reported a 56 percent decline year-over-year from its private equity portfolio in the third quarter. Valuations within the Carlyle Group’s fund portfolio fell by 6 percent in Q3, and Kohlberg Kravis Roberts & Co lost $190.6 million across its total portfolio during the same period.

Waning returns stem in large part from highly volatile equity markets, which fell during the third quarter. The S&P 500 index whipsawed from 2,077 at the start of Q3 to less than 1,870 in late August. The index climbed north of 2,000 again in mid-October.

“Any time you’re doing return expectations, it’s going to be based on public equity numbers,” said an LP advisor, noting many institutions generated low returns from their equity and debt portfolios in recent months.

Volatile equity markets and booming fundraising harkens back to the era leading up the finaincial crisis, which was also the last time median vintage year returns fell below double digits, according to Buyouts data. Vintage 2005 funds generated a median of just 8.0 percent and 2006 funds generated 8.7 percent.

While those vehicles underperformed, funds raised in the ensuing years ended up being among the best performing vintages of the last decade. Vintage 2009 funds delivered a median return of 16.6 percent.

Paul Centopani and William Lim contributed to this story