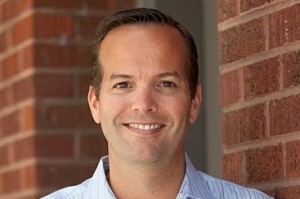 It used to be that you had to have an actual company to capture investors’ attention. Last March, entrepreneur and investor Paul Graham upended that basic standard, inviting candidates with no plan whatsoever into his Y Combinator program, arguing that “[a]lmost every smart person has an idea in them.”

Now, Upstart, a 10-month-old, 10-person company based in Palo Alto, is making even Graham’s unconventional thinking seem quaint. Specifically, Upstart wants investors to loan money to entrepreneurial-minded college students and recent graduates based on their academic credentials – period. It’s a little like the peer-to-peer lending marketplace Prosper.com, if Prosper’s lenders were voracious capitalists in search of the next Mark Zuckerberg.

Upstart itself has plenty of smart backing. Last summer, the company — founded by Dave Girouard, the former head of Google’s enterprise business, and run predominately by ex-Googlers — raised $1.75 million from Kleiner Perkins, NEA, First Round Capital, Google Ventures, Crunchfund and billionaire Mark Cuban. And the company has just raised another $3.5 million from those same investors, along with Salesforce CEO Marc Benioff and IronPort Systems cofounder Scott Banister.

What have they funded, exactly? Partly, they’ve invested in a platform whose proprietary algorithm eats up stats around schools, grades, and majors and spits outs out what Girouard believes should be a fairly accurate predictor of a young person’s future earning potential. That number is then used to help accredited investors decide how much to lend an individual.

For example, a newly minted Harvard MBA who is looking to pay off some college or credit card debt to create more options for himself might be expected to make $2 million over the next decade. Investors could then lend him $20,000 for each 1 percent of his future income that he wanted to promise them — up to 7 percent. If that MBA winds up making a million dollars the next year, he can pay off the loan and be done with it. If for some reason, the MBA’s income drops below $30,000 a year, he doesn’t have to make payments on the loan again until his income rebounds. But his investors will be waiting for him. While most of these loans are expected to be repaid within 10 years, investors have up to 15 years to collect their principal with interest.

So far, Upstart has matched 100 backers with 35 “Upstarts” who’ve applied for loans at its Website, but Girouard says “a couple hundred more” are waiting in the wings for more investors to materialize. As they do, Upstart will be collecting 3 percent of the money that’s lent, along with 1.5 percent of the money paid back.

Upstart will also be trying to foster, in as unobtrusive a way as possible, relationships between the two parties. Indeed, Girouard tells me Upstart is right now “building a lightweight channel of communication, so Upstarts can share visual, fun updates, along with obstacles they’re running into,” though he calls it “more game-like. Real mentorship relationships may form, but we’re not requiring or even suggesting those,” he says.

While investors don’t have to communicate with their Upstarts, it’s probably safe to assume that most will want to maintain ties in order to earn more than just interest on their investments. Although Girouard cautions that “[o]ur model is new” and that “results for individual upstarts can and will vary wildly,” he believes that investors who back a “broad array of upstarts” could realize an 8 percent annualized return.

Still, as Jeffrey Pfeffer, a professor of organizational development at Stanford’s Graduate School of Business, recently told me, predicting who will be successful is a messy business. As he put it, “Mostly predictions are wrong. I mean, who knows what will happen [with an individual]. The dirty little secret is that even out of Stanford Business School, a surprisingly large number of people who go to work for people will find themselves fired. You’d be surprised at how many.”

Of course, Upstart is  trying to encourage those who are “trying to carve their own way,” says Girouard. “I sort of feel like the world is changing. More and more people will have to create jobs as opposed to take jobs,” he notes.

Girouard may be right, too. But it’s worth noting that of the tens of thousands of data points from history that Upstart is using to predict graduates’ potential value, the “vast majority,” says Girouard, are based on those who followed a traditional career path.