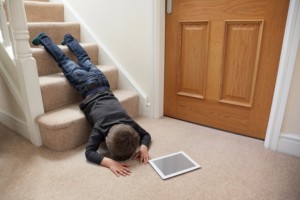 The embattled US high-yield market has struggled to get back on track in the first week of 2016, after three issuers bypassed public bond sales in a sign of more trouble for the asset class.

The junk-bond sector, which delivered a net loss in 2015, now faces renewed questions about the extent of demand for what is believed to be a US$90bn pipeline of bond and loan deals.

Faced with a wary buyside, the private equity firms behind the buyouts of Petco and 1-800-Contacts opted to sell the riskiest portions of their financings privately.

Meanwhile the underwriters of a US$1.8bn bond and loan financing backing an acquisition deal for Kraton Performance Polymers wound up funding the entire transaction themselves.

“It has been a tough start,” one senior leveraged finance banker told IFR.

“We had negative flows in December, and there is a full calendar of deals that need to come to market in the next month or so.”

Bankers said the price sensitivity seen late last year has deepened into an aversion to bonds from the lowest tiers of high yield below a Double B rating.

China’s economic woes, claims of a new North Korea nuclear test and lingering uncertainty about the longer-term effect of the Fed’s cautious rates hike have added to the mix of concerns.

Junk bonds rewarded investors with a full year 2015 loss of 3.8%, according to Standard & Poor’s, while spreads remain close to multi-year wides.

The average spread on Bank of America Merrill Lynch’s main US high-yield index was around 710bp this week, not greatly improved on the four-year high of 733bp seen in mid-December.

Even the modest bounce in secondary prices, predicated on cheap valuations and more than welcome after the sell-off in the last two months of 2015, has done little to mollify sentiment.

UBS said it expected high-yield spreads would stabilize in the beginning of 2016 before a moderate widening later in the year, but warned Triple C bonds would continue to underperform.

Despite the rocky conditions in the asset class, though, much of the pipeline is to fund mergers and acquisitions – meaning the deals will be coming to market no matter what.

Loans account for around two-thirds of the US$90bn pipeline, which includes multi-billion dollar deals for Dell’s acquisition of EMC, Vista Equity Partner’s buyout of Solera and Western Digital’s purchase of SanDisk.

One deal did price on Thursday – a US$450m 7.25-year offering from specialist chipmaker Microsemi – and not everyone in the junk space believes the troubles are here to stay.

Optimists say the real issue is not buyside appetite but rather price sensitivity, pointing to the ability to get even wobbling deals over the line in private placements.

The private placements of the 1-800-Contacts and Petco debt packages were sold entirely to Goldman Sachs’s mezzanine fund, which specializes in direct lending.

“The (US$90 pipeline) number sounds large, but unlike many years ago there (are) a lot of high-quality (credits) here and it depends on how these (first) deals will go,” the leveraged finance banker said.

“You have seen the private market step in consistently when the market becomes volatile. It removes volatility from the execution.”

A version of this story will appear in the January 9 issue of IFR Magazine, a Thomson Reuters publication