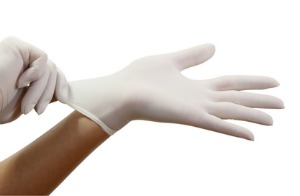 WASHINGTON, May 25 (Reuters) – U.S. tax regulators are preparing for a potential tax hike on profits earned by private equity managers such as Republican presidential candidate Mitt Romney known as “carried interest,” to be ready if the issue flares up in coming months.

The tax-collecting Internal Revenue Service will need to write detailed regulations to implement any new law. The agency will make recommendations now to lawmakers if it sees problems, an IRS official told Reuters.

“We have to look down the road that it may become law,” the official said, when asked if the issue was under consideration. “We don’t want to be surprised,” the official added, declining to be identified.

Carried interest is the slice of profits that private equity fund managers earn on their investments. The amounts can be huge if the funds perform well and make their managers very wealthy.

President Barack Obama and most other Democrats in Washington favor lifting the levy on this type of income, which is now taxed at the 15 percent capital gains rate rather than the top 35 percent rate applied to wages or salary.

The Democratic critics say Romney’s taxes illustrate an unfair loophole. Romney, a co-founder of buyout firm Bain Capital, earns most of his income from investment profits, dividends and interest.

The Obama re-election campaign eyes Romney’s taxes and his time at private equity firm Bain Capital as a weakness for the Republican opponent. Obama has highlighted lightly-taxed millionaires to paint Romney as unfairly privileged.

The carried interest proposal is a perennial one that will likely rear its head again at year’s end, when lawmakers face a series of fiscal deadlines coming to be known as “taxmageddon” or the “fiscal cliff.”

Expiration of all lower individual tax rates enacted under President George W. Bush will kick in if Congress fails to act. Movement on these issues is not expected until after the Nov. 6 elections.

“It is a prudent thing to be doing,” John Harrington, a partner at SNR Denton and former tax counsel for the Treasury Department, said of the government’s preparation.

The IRS and the Treasury Department have worked with lawmakers on carried interest bills in the past, specifically to close potential loopholes, said Steven Bortnick, a partner at Pepper Hamilton LLP.

“The fact that they’re now looking may mean that they think it’s more likely that something’s going to happen, but it’s not surprising,” he said.

Carried interest is often conditional on a fund making a profit or hitting a performance hurdle in terms of the rate of investment return achieved, often set at 8 percent.

The amounts can be huge if the funds perform well and make their managers wealthy.

Advocates for maintaining the lower carried interest rate say fund managers are making risky investment decisions with the potential for losing money, making the income most like investment, which is subject to the lower tax rate.

Lawmakers came close to changing the tax treatment at the end of 2010, but the effort ultimately died in the U.S. Senate.

Some moderate Democrats have been concerned on the impact on business, which has typically derailed the efforts in the Senate.

Higher carried interest taxes may be a valuable revenue source for lawmakers desperate to balance the budget.

A series of individual and business tax breaks have expired, and the business community is lobbying for retroactive approval, as well as extension for next year. Raising the tax on carried interest is often proposed as a way to pay for the extension of popular tax breaks, known as “tax extenders.”

(By Patrick Temple-West and Kim Dixon)