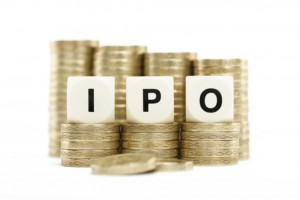 Private equity firms continued to take advantage of the strong market for initial public offerings in 2013.

The value of U.S. IPOs more than doubled this year while the number of new offerings rose 10 percent. There were 43 private equity backed public offerings this year as of Dec. 18, valued at $20.9 billion, according to data from Thomson Reuters. This compares to 2012 when 39 new issues went public, totaling $10.02 billion.

In terms of value, the fourth quarter emerged as the biggest quarter for deals. There were 10 U.S. IPOs from October to December, valued at $7.9 billion. Only second quarter had more, 15, but they totaled about $7.1 billion.

Here are the top five U.S. PE-backed IPOs in descending order, according to Thomson Reuters. (TR is the publisher of peHUB.)

5. Quintiles Transnational: In May, the drug testing firm went public raising $947.4 million when it sold 23.7 million shares at $40 a share. Durham, N.C.-based Quintiles is backed by Bain Capital and TPG. Shares of the company hit a high of $47.50 in August; on Friday they traded at $45.78 a share.

4. H.D. Supply: In June, HD Supply Holdings, an industrial supplies distributor, raised $957.2 million in its IPO. The company is owned by Bain Capital, The Carlyle Group and Clayton Dubilier & Rice. Since going public, HD’s stock has remained above its $18 IPO price. On Friday, shares traded at $23.97. The sponsors, as of October, own about 60 percent of HD Supply, according to SEC filings.

3. Envision Healthcare: In August, Envision raised $966 million by selling 42 million shares at $23 each. CD&R acquired Envision, which is the parent of the largest U.S. provider of ambulance services formerly known as Emergency Medical Services Corp., in 2011. The stock changed hands at $34.46 Friday.

2. Antero Resources: Backed by Warburg Pincus, Antero Resources went public in October after raising $1.57 billion. Shares of the oil and natural gas company traded at $59 Friday, up from its $44 IPO price.

1. Hilton Worldwide: The year’s biggest private equity IPO was Hilton Worldwide. The company launched its new issue earlier this month and raised more than $2.3 billion after selling 117.6 million shares at $20 each. The Blackstone Group acquired Hilton in 2007 for $26.7 billion, including debt. Shares Friday traded at $21.91 a share.