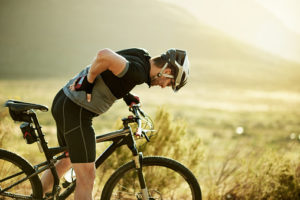 A rare opportunity to invest behind a musculoskeletal care company that has achieved scale and professionalization is fast approaching.

William Blair has been engaged to provide sell-side financial advice, the sources said. They added that a process targeting financial sponsors is poised to formally start in a few weeks, and that the management team plans to remain invested.

PE Hub sources said OCP is projecting EBITDA of around $45 million in 2021 – an increase on the $9 million EBITDA in 2017, the year Varsity invested in the business.

Los Angeles-based Varsity formed OCP in late 2017 through its recapitalization of The Orthopedic Institute. Having initially been a single-state operation in Florida, OCP now has operations in Colorado and Missouri, and will soon be a four-state platform. The company’s website states that it has completed more orthopedic practice affiliations than any other PE-backed platform and today encompasses eight practices, 78 physicians and 18 locations.

Under its current owner, OCP has made nine acquisitions – including The Steadman Clinic, Colorado’s world-famous sports medicine practice in the town of Vail, which has itself expanded into new markets.

The platform’s affiliate practices participate in all revenue streams that orthopedic patients might require. Besides surgical and clinical practices, these include ambulatory surgery centers and ancillary services such as imaging, physical therapy, durable medical equipment and casting.

Favorable demographic and market trends – an aging population requiring more knee and hip replacements, and an active, young demographic prone to injuries resulting from exercise – are fueling growth in the market.

One problem for investors is that musculoskeletal care has proven difficult to transact in. Consolidation has occurred more slowly than in other more crowded pockets of healthcare, such as dermatology.

That is partly because orthopedic doctors are well reimbursed, which means they have less incentive to transact with private equity. Market sources explained that determining how to create a differentiated earnings model for physicians post-transaction is not easy.

Subsequently, OCP presents a scarcity value play, in what one source characterized as “a monster market with real utilization growth.”

Besides HOPCo (Healthcare Outcomes Performance Company – a platform backed by Linden Capital, Audax Private Equity and Frazier Healthcare Partners), OCP is one of the only sizable PE-backed platforms in the category.

However, the two models are very different. Whereas HOPCo operates a largely value-based care model, OCP plays in both fee-for-service and value-based care, but is heavier in the former.

Varsity’s push into musculoskeletal care is similar to its earlier plays in vision (EyeCare Services Partners) and dermatology (Forefront Dermatology). The lower-mid-market firm was one of the first sponsors to enter each of the three niche markets. Both vision and dermatology have since had significant PE investment.