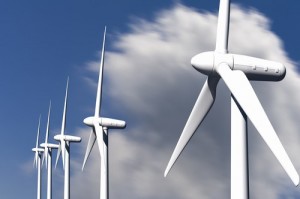 Endurance Wind Power Inc., a Vancouver, British Columbia-based manufacturer of wind turbines designed for power grid application, has secured C$7 million in funding from Export Development Canada (EDC). Proceeds will go toward completion of new wind turbine projects in the United Kingdom.  Endurance Wind has been venture-backed since 2010. The company’s backers include BC Advantage Funds (VCC) and Yaletown Venture Partners.

(OTTAWA) – January 23, 2013 – Export Development Canada (EDC) today announced that it has provided Endurance Wind Power (Endurance), a Vancouver-based manufacturer of wind turbines designed for power grid application, with CAD 7 million in financing for the completion of new projects in the United Kingdom.

Endurance will use the financing to fund the next phase of its European wind turbine fleet, including the cost of installation and the cost of the turbines.

“Innovative SME’s like Endurance are the backbone of Canada’s export sector, and Endurance’s creation of a new U.K.-based affiliate is exactly the kind of investment that EDC loves to see,” said Benoit Daignault, Senior Vice-President and Global Head of Financing and Investments, EDC.

“Endurance really fit the profile of an aggressive clean tech company with an excellent track record with hundreds of units in commercial operation, but still evolving their business model. That’s the gap EDC’s financing can help fill in the cleantech space. These projects help prove that their model works on a large, commercial scale, acting as showcase projects, and EDC’s backing can help to attract larger scale financing for subsequent phases and projects.”

“This new venture is part of our future roadmap to continue servicing a growing demand for clean, renewable energy in the Global market place. Our plans to open a new manufacturing and assembly centre will accelerate that growth by more than doubling our existing manufacturing capacity,” said Glenn Johnson, Chief Executive Officer, Endurance.

Outward foreign investment is critical for the continued success of Canadian companies, as the rate of growth of foreign affiliates of Canadian companies is almost twice that of exports from Canada. Growing global demand has led to faster commercialization of new environmental technologies, and Canada’s cleantech industry has grown strongly in recent years, showing a 26 per cent increase in revenues between 2009 and 2011 to reach CAD 10.6 billion. EDC has made the cleantech industry a corporate priority, with a dedicated team to focus on understanding the industry’s needs.

In 2011, EDC’s customers undertook 823 transactions related to their foreign investments, 44 per cent more than in 2010, for a value of CAD 6 billion.

EDC is Canada’s export credit agency, offering innovative commercial solutions to help Canadian exporters and investors expand their international business. EDC’s knowledge and partnerships are used by more than 7,700 Canadian companies and their global customers in up to 200 markets worldwide each year. EDC is financially self-sustaining and a recognized leader in financial reporting and economic analysis.