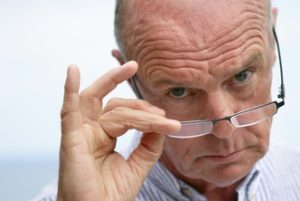 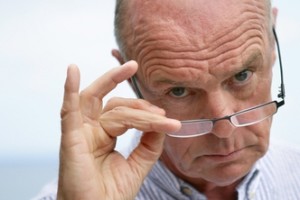 (Reuters) – A slew of advertising technology businesses are preparing for their toughest pitch yet: persuading investors to buy their stock in initial public offerings later this year.

Trouble is, some investors are dubious because it is hard to tell whether any company has a real technological edge. Ad tech companies that have gone public in the past do not inspire confidence either, with stocks of several down sharply since their debuts.

New York-based Tremor Video will be first to test the waters, pricing its IPO on Wednesday. If the debut goes well, it could set a supportive valuation bar for other companies in the ad tech field that are eyeing public floats later this year. These include Criteo, RocketFuel and YuMe, according to sources familiar with the matter.

Tremor Video, Criteo, RocketFuel and YuMe declined to comment on their IPO plans.

“I wouldn’t be surprised if in five years the space is successful but many of the companies we now talk about are not the winners,” said Chris Zepf, a portfolio manager at Kingdom Ridge Capital in White Plains, New York. “History in the technology sector has shown that a rising tide frequently does not lift all boats.”

Advertising technology companies help advertisers buy ads, including graphical and video ads, more efficiently. They also help websites sell space on their own pages. Display advertising spending in the United States alone is expected to reach $17.7 billion this year, according to research firm eMarketer, as companies look to advertise across different platforms including mobile and tablets.

Many smaller ad tech companies are trying to grab market share from Google Inc (GOOG.O), whose slice of the sector is expected to climb to 20.7 percent next year up from 17.6 percent this year, according to eMarketer.

But in a sector characterized by hundreds of different companies, it is often difficult for outsiders to distinguish how one ad tech company’s algorithms are better than the next, analysts and bankers say.

“It’s very hard to tell in a due diligence process who will be the winners and the losers,” said Karsten Weide, an analyst with IDC. “You can look at a technology stack but it’s hard to tell. A lot of it is marketing and positioning within certain buzz words.”

Relatively few ad tech companies have gone public so far. Those that have, such as mobile marketer Millennial Media Inc (MM.N) and online advertising management platform Marin Software Inc (MRIN.N), have seen their shares fall by more than 30 percent so far this year.

“If you’re a private company and you see these companies getting crucified on the public markets, how excited are you to go public?” said Paul Martino, managing director of Bullpen Capital, an early stage venture capital firm.

Tremor Video, which is trying to raise around $90 million in an IPO, is an online video ad network that runs ads on more than 500 websites and mobile applications. Revenue increased 17 percent to $105.2 million over last year while its net loss narrowed to $16.6 million from $21 million. The company is expected to trade on the New York Stock Exchange under the ticker TRMR.