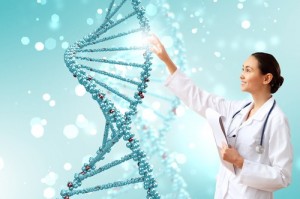 Toronto-based Trillium Therapeutics Inc., which specializes in immunotherapy and cancer stem cell research, is merging with Stem Cell Therapeutics Corp., also a Toronto-based life sciences company. Under the terms of the deal, which will be closed in the first quarter of 2013, Trillium’s security holders will receive C$1.2 million in cash and C$1.65 million in common shares in the new enterprise. Trillium has been backed by a number of Canadian venture capital firms since 1997.

Trillium specializes in immunotherapy and cancer stem cell research, with a particular focus on blocking the negative pathways that malignant cells exploit to suppress anti-tumor responses. Trillium is developing TTI-621, a novel SIRPaFc fusion protein that targets CD47, augmenting the ability of the immune system to destroy cancer stem cells. The project originated from leading researchers in the field, including Drs. John Dick and Jean Wang of the University Health Network and Dr. Jayne Danska of the Hospital for Sick Children, all of Toronto. TTI-621, which is expected to enter formal IND-enabling studies in the second quarter of 2013, is being developed initially as a treatment for acute myeloid leukemia (AML), with potential applications in other hematological and solid tumours. Trillium’s preclinical cancer immunotherapy pipeline also includes a fully human CD200-specific monoclonal antibody which is also ready to enter formal IND-enabling studies. In addition to its preclinical portfolio, Trillium is conducting a clinical trial in patients with interstitial cystitis, a chronic and painful bladder disease. Results from this trial are expected in mid-2013.

“The proposed merger of Trillium and SCT would create Canada’s only public company advancing cancer stem cell technologies,” said David Allan, the Executive Chairman of SCT. “With a combined pipeline containing both TTI-621 and the Tigecycline small-molecule program, which SCT recently optioned from the University Health Network, the resulting entity will be well positioned as a global contender in the cancer stem cell field.”

It is intended that all Trillium executives and staff will remain with the resulting entity. The current CEO of Trillium, Dr. Niclas Stiernholm, will become the CEO of SCT, Dr. Robert Uger, Chief Scientific Officer, Dr. Penka Petrova, Vice President, Drug Development and Mr. James Parsons, CFO. Upon closing of the transaction, Dr. Michael Moore, Trillium’s long-serving Chairman and veteran biotechnology executive, will join the Board of Directors of SCT. Following a career at the London Stock Exchange-listed biotechnology company, Xenova Group plc, in 2003 Dr. Moore was appointed Chief Executive Officer of then newly-formed Piramed Limited, which was sold to Roche five years later for $160 million. As a result of these permanent management appointments the executive services provided by Drs. Albert Agro and Bev Incledon, as an interim measure through their company Concept 2 Clinic Inc., will cease as of closing of the proposed merger.

It is contemplated that the Board of SCT post-merger will consist of Mr. David Allan, Dr. James DeMesa, Dr. Henry Friesen, Mr. Dean Peterson, Dr. Calvin Stiller and Dr. Niclas Stiernholm, all current board members of the Corporation, together with Dr. Michael Moore.

“This transaction will allow the companies’ combined assets to gain access to the capital required for their proper development in order to transform them, over time, into valuable new treatments,” commented Dr. Stiernholm. “My colleagues and I are excited about the upcoming creation of a much needed commercial vehicle for Canada’s world class cancer stem cell discoveries. Although a formidable challenge for a company of any size, by building on the strength of our own capabilities, our existing links to several of Ontario’s leading cancer research organizations, and our global industry network, we believe we have a real opportunity to make a difference in the future treatment of cancer.”

Pursuant to the Letter of Agreement, the security holders of Trillium will receive, on closing of the transaction, an aggregate consideration of $2,850,000. This consideration is comprised of $1.2 million in cash and $1.65 million in SCT common shares, at a deemed price per share not lower than the post-consolidation Discounted Market Price (as per the policies of the TSXV) at the time of this announcement. SCT and Trillium intend to close the transaction in the first half of 2013, subject to customary closing conditions, including corporate and regulatory approvals, as well as securing the additional financing required to conclude the proposed merger and to advance the SCT development programs. The latter will be done through a public offering of securities for an amount of $2.5 million to be priced based on market conditions. There can be no assurance that the proposed merger with Trillium will be completed as proposed, or at all.

The proposed merger is an arm’s-length transaction and will not result in a change of control of SCT or the creation of a new control person (as defined in TSX-V policies). All matters of the formation, negotiation and conclusion of the planned merger are being managed by a Special Committee of each of SCT and Trillium. Dr. Niclas Stiernholm, the CEO of Trillium, is a Director of SCT and in recognition of these relationships, the Trillium Board engaged an independent advisor, reporting directly to Trillium’s Special Committee, to explore this proposed merger and other transaction options. The principal securityholders of Trillium have indicated they will support the proposed merger.

Trillium Therapeutics is a private biopharmaceutical company specializing in immune regulation and cytoprotection. The company, which was originally spun out from six major Ontario research institutions, currently has two preclinical oncology programs: TTI-621, a SIRPaFc fusion protein that blocks the activity of CD47, a molecule that is upregulated on cancer stem cells in AML and other tumours; and TTI-200.7, a fully human CD200-specific monoclonal antibody that blocks the activity of CD200, an immunosuppressive molecule that is overexpressed by several hematopoietic and solid tumours. The company’s most advanced program, TTI-1612, is a cytoprotective recombinant growth factor that is being developed for the treatment of interstitial cystitis. Trillium has a rich and successful history of academic and industry collaborations and business relationships, and has been supported by three Canadian venture capital investors: Covington Capital, Growthworks and BDC Capital, as well as by the MaRS Investment Accelerator Fund (IAF) and the Federal Economic Development Agency’s Investing in Business Innovation (IBI) program.

Dr. Niclas Stiernholm holds a Ph.D. in immunology from the University of Toronto. Having started his career at Allelix Biopharmaceuticals, considered one of Canada’s first biotechnology companies, Dr. Stiernholm joined YM BioSciences where he was Executive Vice President and Chief Scientific Officer until the completion of YM’s IPO in 2002. He then became the founding full-time CEO of Trillium. He currently serves on several scientific and corporate boards of directors, including the Ontario Genomics Institute, OBIO, and AIM Therapeutics. Dr. Robert Uger also earned his PhD in immunology from the University of Toronto and has 10+ years of pharma/biotech experience. He was previously at Sanofi Pasteur before becoming Vice President, Research & Development at Trillium Therapeutics in 2003. Dr. Penka Petrova, holding a PhD in microbiology from Saarland University in Germany, joined Trillium from Neurotrophic Bioscience in the same year and is currently Director, Drug Development.

Stem Cell Therapeutics Corp. (TSX VENTURE:SSS) is a Canadian company developing stem cell-based therapeutics through partnerships with research institutions and technology transfer organizations. SCT’s objectives include the sourcing and acquisition of additional stem cell-related development opportunities, and securing capital for the advancement of its licensed or acquired products. In October 2012 SCT became a member of the 20-member Centre for Commercialization of Regenerative Medicine (“CCRM”) consortium. For more information, visit: www.stemcellthera.com.

This press release may contain forward-looking statements, which reflect SCT’s current expectation regarding future events. These forward-looking statements involve risks and uncertainties that may cause actual results, events or developments to be materially different from any future results, events or developments expressed or implied by such forward-looking statements. Such factors include, but are not limited to, SCT’s ability to obtain financing in connection with the proposed arrangement; uncertainties as to the timing of the arrangement; the satisfaction of the conditions precedent to the completion of the arrangement; changing market conditions; the successful and timely completion of pre-clinical and clinical studies; the establishment of corporate alliances; the impact of competitive products and pricing; new product development risks; uncertainties related to the regulatory approval process or the ability to obtain drug product in sufficient quantity or at standards acceptable to health regulatory authorities to complete clinical trials or to meet commercial demand; and other risks detailed from time to time in SCT’s ongoing quarterly and annual reporting. Except as required by applicable securities laws, SCT undertakes no obligation to publicly update or revise any forward-looking statements, whether as a result of new information, future events or otherwise.