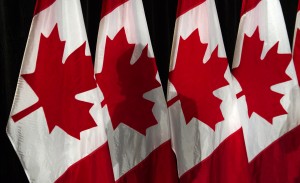 After languishing in relative obscurity for more than a decade, Canadian tech startups and their venture backers are starting to get noticed. And not just by other Canadians.

“We are seeing lots of local companies getting funded by tier-one U.S. investors who are coming to Canada because of good deal flow and very rational valuations,” Mark MacLeod, a general partner at Real Ventures in Montreal, tells VCJ. “Folks who are getting sticker shock in the U.S. are coming here more and more.”

Emergence Capital Partners led an $8 million round in Top Hat Monocle, a mobile education platform based in Toronto. And, in a deal that raised some eyebrows, Accel single-handedly put $30 million into Montreal-based ecommerce infrastructure company Lightspeed.

“Accel, who we’ve co-invested with twice, came into my own backyard and put a ton of money into Lightspeed when nobody even knew they were actually raising money,” Chris Arsenault, a managing partner at iNovia Capital in Montreal, tells VCJ. “But, hey, they believed the best company in the space was right here in Montreal.”

U.S. investors like Accel also believe that Canada now has what it takes to build billion-dollar companies. Arsenault, too, has noticed a cultural shift. He says Canadian entrepreneurs possess a new swagger and attitude he never really saw before.

“They are not afraid to go big,” he says. “They know they can do it. They know billion-dollar companies can be built outside Silicon Valley.”

In particular, he points to Canadian startups like social media management system HootSuite and private shopping site Beyond the Rack, as well as Lightspeed and Desire2Learn, as companies that are on the cusp of the billion-dollar valuation mark.

The problem, though, is that Canadian startups have a history of selling themselves short. Last year, for instance, San Francisco-based SalesForce.com purchased three promising Canadian companies: Rypple, Radian6 and GoInstant. The bad news is that two of the three acquisitions were well below the $100 million mark.

For more Canadian news, and tables on Canadian fundraisers and top Canadian deals from 2012, VCJ subscribers can click here to read a Year in Review story on Canada by contributor Tom Stein.