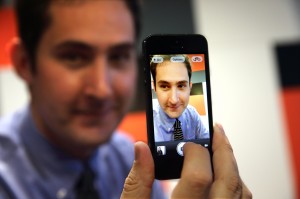 Large technology acquirers had plenty of money to spend last year. But for the most part, they weren’t using it to buy venture-backed companies.

Fewer VC-funded companies sold to strategic acquirers in 2012 than in 2011, according to preliminary data for announced and completed deals from Thomson Reuters (publisher of VCJ and peHUB). As of mid-December, there were just over 551 such transactions, down from more than 680 in all of 2011.

Acquirers appeared to spending less as well. The total value of purchases with disclosed valuations last year was about $30.7 billion as of mid-December, compared to $35.3 billion in all of 2011.

Overall, 2012 M&A spending was probably much higher, since most acquirers did not publicly reveal purchase prices. However, the year-over-year drop in the disclosed total indicates spending likely fell across-the-board last year, led by a decline in tech M&A.

“The buyers are much more cautious,” Joe Steger, head of Global M&A at Ernst & Young, tells VCJ in the Year in Review issue.

Among VC-backed companies, the M&A slowdown was particularly pronounced in the IT space. As of mid-December, there were just over 300 computer-related M&A transactions involving venture-backed companies, according to Thomson Reuters, compared to more than 350 in 2011. The total value of disclosed deals, meanwhile, was just under $10 billion, compared to $13.7 billion in 2011.

VCJ subscribers can read more about the year’s M&A activity by clicking here. The story includes a sector-by-sector breakdown of M&A dealmaking in 2011 and 2012, focusing on deal volume, disclosed deal value and time to exit. We also zero in on the largest venture-backed acquisitions of the year, with one table looking at the largest up-front payments and another looking at the largest deals with combined upfront and milestone-based payments.

Photo of Kevin Systrom, CEO of Instagram, which was bought by Facebook for $1 billion in 2012, by REUTERS/Philippe Wojazer.