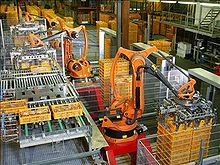 If the U.S. manufacturing comeback is real, why do VCs still hate the sector so much?

That has been a question on my mind ever since President Obama’s last State of the Union, which talked up signs of a turnaround in hiring and productivity in the U.S. manufacturing sector.  I was reminded at the coffee shop as well, thumbing through a December Atlantic Monthly cover issue on manufacturing. Reporters concluded that diminishing cost savings from overseas outsourcing, combined with some resurgence in homegrown innovation, was helping bring back jobs lost to China and other emerging markets years ago.

Clearly, a lot of influential people – including GE CEO Jeffrey Immelt, who last year declared in Harvard Business Review that outsourcing is “quickly becoming mostly outdated as a business model for GE Appliances” – are bullish on the future of U.S. manufacturing. (The Atlantic story discussed how GE nearly doubled staffing at an appliance manufacturing hub in Louisville that was mostly shuttered a few years ago.) In technology media, there’s also plenty of enthusiasm around customization and 3D printing. Wired, for instance, had a story this week on an engineer using 3D printer to build a car.

But the people who one expects to get most evangelical about futuristic technological shifts – the venture crowd – have so far been largely sitting this one out. Sure, there’ve been a few investments in companies with a manufacturing focus – such as 3D printer maker MakerBot, next-gen modular homebuilder Blue Homes, and,of course, electric car maker Tesla. However, when one looks at aggregate data, it’s clear venture capitalists have been continuing their long-term shift away from hardware and deeper into all things software.

In June 2012, when I wrote a story in Venture Capital Journal (subscribers only) on why venture investors were shying away from manufacturing, the principal explanation was pretty simple. In a nutshell, VCs don’t like manufacturing companies because they have to make things. That leaves them open to all sorts of supply chain risks. Also, margins are harder to forecast. And, with longer cycles from concept to marketable product than in software, there’s greater likelihood one’s gizmo will fall out of vogue before it hits store shelves.

To the extent VCs do like makers of things, it’s usually because the businesses are about 90% software driven and only at the end assemble a box to make it easier for customers to access that software firepower. That’s the case, for instance, with Gigamon, a Highland Capital-backed company currently in registration for an IPO that makes makes devices for tracking data center traffic. That was also the case with Fusion-io, a provider of storage products that raised lots of capital from an array of VCs before going public a couple of years ago.

I’m not sure what to make of VCs sitting out what others seem to consider a burgeoning manufacturing rebirth. On the one hand, VCs tend to be smart, technically savvy people who spend a lot of time analyzing the future of innovation and how to build disruptive new businesses. On the other hand — except for a small group of top-tier VCs — the venture business has not generated enviable returns over the past decade. And no one’s ever argued that venture investors have a lock on recognizing innovation.

Additionally, the venture industry is clustered around Silicon Valley and the Northeast, with limited representation in the Midwest and the South, hubs for manufacturing. That means one might expect to see less early stage VC involvement, which tends to be more locally focused than later stage deals. If manufacturing upstarts get enough traction to support bigger B, C and D rounds, I’d expect to see more coastal VCs looking to invest.

Personally, I’d like to see VCs put more cash into companies that make physical stuff. Seems there’s a strong business case as consumers tend to be more willing to exchange their cash for physical goods. While the value in the latest smartphone may be mostly software, people pay for the whole package, not just the brains behind it. Also worth considering: The most valuable technology company, Apple, is known for designing beautiful gadgets, and not just the software that drives them.