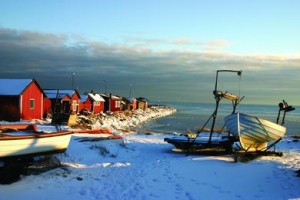 Swedish biotechnology company Biovitrum has listed on the Stockholm Stock Exchange on SEK100 (€10), with all of its venture backers cutting their stakes in the company.

Headquartered in Stockholm, Biovitrum develops drugs for obesity, diabetes, inflammation and blood disorders. It has operations in both Sweden and the UK, with approximately 550 employees.

Unusually for a biotech company, it is generating high sales and already has substantial financial assets. As a consequence the company has not issued any new shares with the IPO, and the shares sold have all come from the existing shareholders, who are each selling 15% of their stakes.

The company came into being in June 2001, when Swedish pharmaceutical group Pharmacia, now owned by US drug-making giant Pfizer, spun-out Biovitrum with backing from a consortium of venture capitalists led by MPM Capital and Nordic Capital – who owned 22% of the company each – and including ABN AMRO Ventures, Carnegie Asset Management, HB Capital, Karolinska Investment, MPM BioEquities and Next Gear. Alta Partners, HBM BioVentures, Skandia Liv and “Stiftelsen för Främjande och Utveckling av Medicinsk Forskning vid Karolinska Institutet” (a foundation within Karolinska Institute) got on board at a funding round November 2001. Together, these shareholders owned approximately 36% of the company prior to float.

Despite its immaturity as an independent company, it has six drugs in the market, with 32 projects in clinical and preclinical development, and when it was spun-out was already one of the largest biotech companies in Europe. Its main backers, MPM Capital and Nordic Capital, invested €95m in its July 2001 investment.

MPM Capital is a US firm specialising in biotech and medical devices. It is headquartered in Cambridge, Massachusetts, with offices in South San Francisco, California and Munich, Germany. The firm manages over US$1bn (€785m) in assets through US$800m (€628m) in venture capital funds and US$250m (€196m) in MPM BioEquities, a fund to invest, though not exclusively, in public healthcare companies. The firm invested in Biovitrum through the BioEquities fund as well as MPM BioVentures II, which closed on US$600m (€471m) in the first quarter of 2000.

Nordic Capital, which invested through Nordic Capital IV, a €760m fund it closed in June 2000, is headquartered in Stockholm with an office in Copenhagen, and concentrates on investments in the Nordic region. In March it closed Nordic Capital VI on €1.9bn, and has most recently been linked with the Apax bid for Swedish healthcare company Capio.