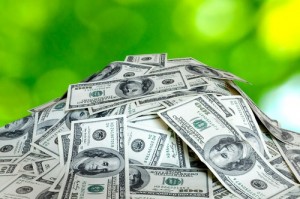 What happens when a late stage investor is willing to buy a chunk of your portfolio company at a higher valuation than a strategic acquirer?

That’s the conundrum many venture investors have been facing in recent quarters, according to speakers and attendees at last week’s PartnerConnect conference in Boston. While the pace of large venture-backed M&A transactions has been slow, the supply of capital from later stage, growth equity and secondary buyers remains robust.

“The strategics have more competition with the growth funds than they did in the past,” says Scott Maxwell, managing director at OpenView Venture Partners, an expansion stage venture investor with a focus in enterprise software. Growth investors are showing particularly keen appetites for companies that have strong growth and revenues in the tens of millions of dollars, but have not quite reached the scale typical for a public offering.

It’s unclear, however, to what extent late stage and secondary investors are providing liquidity to earlier investors. Early stage VCs generally keep pretty quiet about selling even a modest stake in a particular portfolio company, as it can signal a lack of confidence in it. That said, speaking more generally about the industry, venture investors acknowledge that it’s a pretty common practice to sell some shares in successful companies prior to a full-on exit through IPO or acquisition.

Since the average period of time from startup inception to exit has lengthened over the past several years, one argument goes, taking some money off the table actually helps investors stay committed through the long term. In some cases, the offer is generous enough for early backers to cash out completely.

Diana Frazier of Flag Capital Management, a fund-of-funds active in venture, says the trend of more late stage and secondary rounds raises some concerns for limited partners. While no one wants portfolio companies to exit at far too low a price, limited partners do like to see timely and reasonably regular cash distributions from their venture capital investments. As VCs hold on to portfolio companies for longer periods, LPs get impatient.