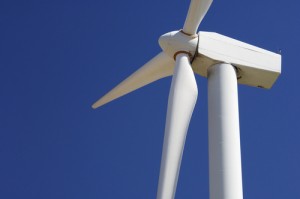 The Vents du Kempt wind power project, which is located the Matapédia region of the Gaspé in Québec, has closed a senior debt transaction. The debt providers include institutional investors, such as the Caisse de Dépôt et Placement du Québec, which contributed $50 million. An affiliate of Fiera Axium Infrastructure Inc., a Canadian private equity firm focused on core infrastructure opportunities, owns 49% of Vents du Kempt, while Eolectric Club LP, a fund formed by Fiera and Eolectric Inc. in 2012, owns a 51% interest.

The Vents du Kempt wind farm is the first project outside of Europe to place a firm order for the new ENERCON E92 turbine model. The 101 MW project, which executed a 20 year power purchase agreement with Hydro-Quebec Distribution as a result of the 2005 call for tenders for 2,000 MW of wind power, is composed of forty-three 2.35 MW wind turbines. As required by a decree issued by the Quebec Government, major components of the wind turbines will be manufactured in the administrative region of Gaspésie, Iles de la Madeleine and in the regional county municipality of Matane, therefore creating significant industrial spinoff in the region. The construction has begun during the fall of 2012 and will continue until the beginning of commercial operation, scheduled to occur on December 1st, 2014. The main contractors on site have been EBC Inc., based in Québec City, as well as Société d’Exploitation des Ressources de la Vallée
Inc., based in Lac-au-Saumon, Québec.

The project is located in the municipalities of Causapscal, Sainte-Marguerite-Marie and Sainte-Florence in the regional county municipality of Matapédia, Québec. Agreements with fifty-nine landowners were executed in order to accommodate the majority of turbines and related infrastructure. Vents du Kempt has benefited from the continued support of municipalities and numerous
landowners since the first land option was signed in 2002, therefore creating a fruitful partnership with all stakeholders.

”Financial closing is a major milestone in the development of the Vents du Kempt project, for which success is driven by strong local support, outstanding partners, as well as significant technical and financial innovation”, said Guy Painchaud, President of Eolectric Management Inc. on behalf of the Eolectric Club, L.P.

About the Project Sponsors:

Eolectric Inc.: Eolectric Inc., located in Brossard, Québec, is one of the major wind power developer in Canada. A pioneer in this flourishing industry, Eolectric and its affiliates have been involved in the development, construction and operation of wind farm projects throughout Canada and Mexico since 1994. With various partners, Eolectric has developed wind farms representing a total
capacity of 693 MW which are currently under construction or in operation. It has successfully assembled a portfolio of wind power projects in Canada and Mexico totalling an aggregate capacity of 2,000 MW. Eolectric has also developed management activities, including management and administrative services to both Eolectric Club L.P. and Vents du Kempt Wind Power, L.P. Eolectric lives by and adheres to high standards of sustainable development and social acceptability.