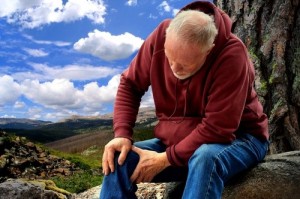 Toronto-based Antibe Therapeutics Inc. (TSX-V: ATE), a developer of pharmaceuticals focused on diseases characterized by inflammation, pain and vascular dysfunction, has completed the final tranche of its initial public offering on the TSX Venture Exchange. Proceeds of $3 million were raised in total. Founded in 2004, and formerly based in Calgary, the company has been backed by several private investors, including Canadian early stage venture capital firms AVAC and Hero Ventures.

Burgeonvest Bick Securities Limited (“BBSL”) acted as the lead agent and sole bookrunner for a syndicate of agents, which included Euro Pacific Canada Inc. (together with BBSL, the “Agents”). The Agents appointed a soliciting dealer group of other registered dealers, including Bloom Burton and Co. Inc. Pursuant to the Final Closing, the Agents received a commission of $26,979.98 and an aggregate of 49,054 options (each, an “Agent’s Option”), with each Agent’s Option entitling the holder to purchase one common share, at the Offering Price, for a period of 24 months from the Final Closing.

The Offering is made only by prospectus. The Prospectus contains important detailed information about the securities being offered. Copies of the final Prospectus can be obtained from Burgeonvest Bick Securities Limited, attention: Ms. Vilma Jones, Managing Director, Head of Capital Markets, Syndication, telephone (647) 347-4488. Investors should read the Prospectus before making an investment decision.

An electronic copy of the final Prospectus filed in connection with the Offering is available on SEDAR at www.sedar.com.

About Antibe Therapeutics Inc.
Antibe Therapeutics Inc. originates, develops and out-licenses patent-protected new pharmaceuticals that are improved versions of existing drugs. These improvements are based on Nobel Prize-winning medical research highlighting the crucial role of gaseous mediators, which are chemical substances produced in the human body to regulate a range of fundamental cellular processes. The Corporation’s drug design methodologies involve chemically linking an existing off-patent drug (“base drug”) to an Antibe-patented, hydrogen sulfide-releasing molecule. For medical conditions characterized by inflammation, pain or vascular dysfunction, the Corporation’s methodologies can efficiently produce improved versions of a number of existing drugs. Notably, Antibe’s products are themselves fully patent-protectable and benefit from the predictable toxicity and effectiveness profiles of the base drug.