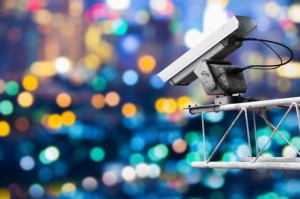 Vancouver-based Avigilon Corp., a company focused on high-definition and megapixel surveillance solutions, has acquired RedCloud Security Inc., a provider of Web-based, physical and virtual access control systems located in Sterling, Va. The purchase price was $17 million. Avigilon, which has since 2008 been a portfolio company of British Columbia Discovery Fund, an affiliate of Canadian venture capital firm Discovery Capital Corp., went public in November 2011.

VANCOUVER, May 30, 2013 /CNW/ – Avigilon Corporation (TSX:AVO), a leader in high-definition (HD) and megapixel surveillance solutions, today announced that it has acquired privately-held RedCloud Security, Inc. (RedCloud), an innovative provider of web-based, physical and virtual access control systems. Through the acquisition, Avigilon adds a complementary product line to its end-to-end high-definition surveillance solution and provides the Company with access to a growing segment of the global security market. Analysts estimate the global market for electronic access control will reach $6 billion by 2015.

“RedCloud founder, Terry Neely and his team have redefined physical access control with their unique approach to converging IT and physical security. Avigilon and RedCloud have parallel philosophies when it comes to providing innovative technologies that deliver the most return for our customers,” said Alexander Fernandes, president and CEO of Avigilon. “This acquisition brings new and exciting opportunities for Avigilon to participate in a larger share of the total security market. I’m thrilled to welcome Mr. Neely and his team to Avigilon.”

Terry Neely, former vice president of engineering at Honeywell Access Systems, brings with him 25 years of experience in databases, networking and physical access control. Neely and his team created RedCloud’s access control so organizations can easily combine physical security and identity management. This helps organizations manage who can come and go from their facilities from one platform as opposed to separate systems that can lead to added costs and complexity. Unlike other access control systems RedCloud’s patented, web-based, physical and virtual appliance platform is open and has the ability to work easily with IT systems. Similar to Avigilon’s high-definition surveillance solutions, RedCloud’s products were engineered from the ground up for the modern IT era to deliver a new industry standard in performance, integration and ease of use. As a result, the company has experienced recent growth from selling their technology to large corporate and educational clients.

“Avigilon’s innovative approach to security products makes it a perfect home for RedCloud,” said Terry Neely, founder, president and chief technology officer of RedCloud. “With Avigilon’s resources, global sales channel and talented team we believe we can accelerate the expansion of our product roadmap and move the industry toward an integrated approach for IT and physical security.”

Avigilon paid $17 million in cash to purchase the entire RedCloud business. The Company expects the acquisition to be neutral to 2013 earnings and accretive to 2014 earnings. Terry Neely will continue to lead the access control development team.

About RedCloud
RedCloud is a revolutionary access control solution, engineered from the ground up by IT and security veterans to deliver a new standard in performance, integration and efficiency that can only be achieved through convergence. RedCloud’s patented, web-based, physical and virtual appliance platform leverages an open architecture, integrates identity management and video surveillance and achieves the highest level of scalability with the lowest cost of ownership, making RedCloud the logical choice in access control. For more information, please visit redcloudsecurity.com

About Avigilon
Avigilon (TSX:AVO) is defining the future of protection through innovative high-definition surveillance solutions. Delivering the world’s best end-to-end solution, our industry-leading Avigilon Control Center and megapixel cameras are reinventing surveillance. Information about Avigilon can be found at avigilon.com.